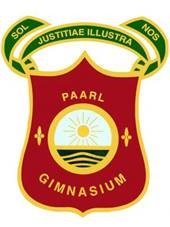 The 8th event in the 2018 Premier Interschools calendar takes place Saturday 21st July when Outeniqua take on hosts Paarl Gimnasium in Paarl. There has been an eight week break in schoolboy rugby due to the exams and holidays with only the Craven Week providing some relief for schoolboy rugby followers. After the success of the WP teams at Craven Week one would expect the confidence of the Paarl team to be high as 11 of their players represented WP teams during the past Craven Week.

Outeniqua however can’t be discarded lightly as they also had 12 players representing SWD at the Craven Week. Pieter Ferreira, Ridge Gaffley, Abrè Minnie, Braam van Huysteen and Bryan Williams were all selected for the SWD Craven Week team while Aubern Bezuidenhout, Eldon Lotz, Jonathan Joseph, Bennet Nortje, Herchelle Otto, Andre Pretorius and Zinedine Robinson were selected for the Academy team. SWD only lost one match during Craven Week and went unbeaten during the Academy week so their players should also be brimming with confidence.

Paarl Gim is having a stellar season so far only losing one game to top contender Paul Roos, while Outeniqua is not having one of their best seasons by their own high standards.

Outeniqua has lost 6 out of their 11 games played and would like to turn their season around by beating Paarl Gim in Paarl.

Outeniqua have shown over the years that they are Paarl Gim’s bogey team, winning games that nobody expected them to win. As can be seen from the results, they have won 5, drawn one and only lost 4 games in the last 10 encounters with the strong Paarl outfit. Perhaps they can again surprise on Saturday and get their season back on track.

Paarl Gim is without doubt one of the Big Five of rugby schools in South Africa. They have to date produced 24 Springboks for South Africa. The ex Springbok captain Jean De Villiers is also an old Gimmie and they can be seen as the modern day centre and flyhalf factory for having also produced De Wet Barry, Marius Joubert , Louis Koen and current incumbent Handre Pollard.

Outeniqua have a proud rugby tradition and is perennially found in the top 20 ranks of SA Schools, more often than not in the Top 10. To date they have produced four Springboks in Faan Conradie (1965) Johan Heunis (1981-1989), Marco Wentzel (2002), Warrick Gelant (2017) and their current and latest player, Armand (Akker) van Der Merwe who made his debut against Engeland in 2018.

The school also hosts an annual u/14 festival over the Easter holidays which is highly regarded and the top tournament for the age group in the country. Schools like Paul Roos, Paarl Gim, Paarl Boys, Waterkloof, Monnas, Affies, Grey College and Glenwood all send their youngsters to George during Easter to compete against the best.

The game will be broadcast live on Saturday 21 July on SuperSport Ten from 13.55