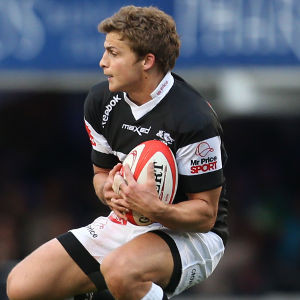 The Sharks are delighted to announce that the much-loved Patrick Lambie, will be making a welcome return to Jonsson Kings Park, as the Cell C Sharks Tactical and Technical Kicking Consultant.

He joins The Sharks on a one-year contract and will work with contracted players across all of our professional teams.

“As a player, Pat impressed with his natural ability and never-say-die attitude. He was highly respected by his team-mates and fans alike and he will no doubt add huge value to the role as a former player that our current players will look up to”, said The Sharks CEO Eduard Coetzee.

“As a role-model, he will also provide a mentoring role, passing on the maturity he showed as a player to those who now follow in his footsteps. We are thrilled that he has accepted the challenge offered to him and we know that he will make a hugely valuable impact on the young players in our squad.”