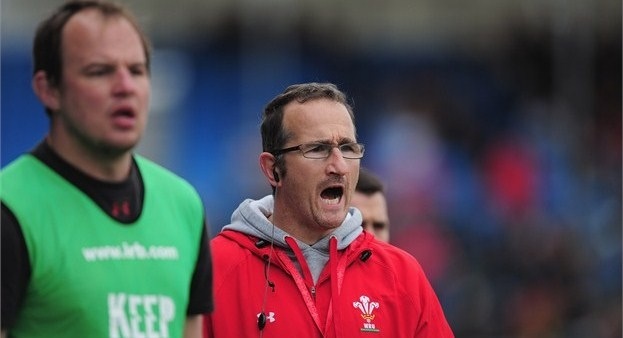 Ahead of rounds four and five of the 2013/14 HSBC Sevens World Series, Wales Sevens head coach Paul John has stepped down.
John has announced he will take up a role as backs coach at Cardiff Blues and will be replaced by assistant coach Gareth Williams who will act as interim coach in Las Vegas, USA, and Wellington, New Zealand.

John became Wales Sevens head coach in 2008 and won the Rugby World Cup Sevens in his first season in charge, leading Wales to glory in Dubai in 2009.

Since Wales returned to the Sevens circuit in 2005, 28 players have become full internationals after playing for Wales Sevens and John played a significant role in the development of those players.

“The last six years working at the Welsh Rugby Union have been the most challenging and rewarding of my rugby career. It’s been a brilliant environment to be part of and all members of the Wales Sevens management team have been a particular joy to work with,” said John.

“For that reason, I certainly wasn’t looking to leave the WRU and it has been a very difficult decision to make. But coaching the Blues will certainly be a challenge and on reflection it was a decision I felt I could live to regret if I didn’t make the move.”

“I’m leaving the Wales Sevens set-up in great hands with Gareth taking interim charge of the side, ably assisted by team manager David Jenkins and conditioner Wayne Proctor and the current squad is in excellent shape for the rest of the season.”

Wales head to Las Vegas in ninth position in the overall standings. Following two Cup quarter final appearances in Australia and Dubai, Wales then dropped down to the Bowl in South Africa where they collected just five Series points.

At the Sam Boyd Stadium, Williams’ side will face matches against South Africa, the champions of the third round in Port Elizabeth in the tournament’s first match, before coming up against Kenya and Canada in Pool A.

WRU National Performance Manager Gethin Watts said, “We are fortunate to have somebody of Gareth Williams’ ability to take charge at this time. He, together with the rest of the management team are very experienced in their own right and will lead the Wales Sevens side into the next two tournaments.

“This is a great opportunity to further develop a young, ambitious and very capable young coach whilst maintaining continuity in our development system.”