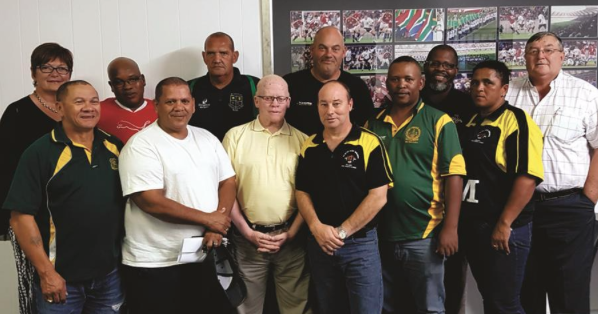 The Port Elizabeth Metro Sub Union (PEMSU) has been mandated by an overwhelming majority of their clubs to oppose the vote of no confidence in the current Eastern Province Rugby Executive during the Special General Meeting scheduled for next week.

PEMSU chairman, Stag Mitchell said a special sub union meeting had been held on Wednesday, the 20th of April, at the Pieter Rademeyer Hall in Algoa Park, to discuss the crisis situation at EPRU and to receive a mandate from their club structures in terms of what direction the sub union must take.

“We had 27 of our 35 clubs present and engaged in two rounds of robust debate, wherein everyone was given an opportunity to put forward their views without fear or favour. Following the debate, a vote was introduced to determine the direction of the PE Metro Sub Union,” he said.

Each club is entitled to have up to two delegates, allowing for a maximum of two votes per club.

Mitchell said the result was that PEMSU would vote in line with the majority of their clubs next week, and would be opposing a vote of no confidence in the current EP Rugby Union executive.

“This was a transparent meeting where everyone was given the opportunity to present their stance in a robust and disciplined manner, with a clear and democratic mandate was given to the sub union’s executive,” he said.

Mitchell said the clubs who were opposed to a vote of no confidence felt that maintaining the current executive would provide much needed stability to the EPRU structures.

“The clubs also felt that this stability in leadership is needed if the SA Rugby intervention plan is to be a success, as a vote of no confidence at this critical juncture would just add more turmoil and division among the clubs at a time when calm and unity is required,” he said.

The Port Elizabeth Sub Union is the largest of the seven sub unions that make up the Eastern Province Rugby Union, with 35 clubs in total.