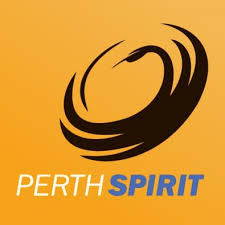 The Perth Spirit has announced a 33-man squad ahead of the upcoming Buildcorp National Rugby Championship (NRC).

The Spirit squad pairs the cream of the crop from the Pindan Premier Grade competition with quality Asteron Life Super Rugby players from the Western Force.

Sixteen players from the Pindan Premier Grade competition have been selected following standout performances for their respective clubs this season and will join 14 Western Force players including marquee players – Tetera Faulkner and Kyle Godwin.

Spirit Head Coach Tai McIsaac says he is excited for the season and feels they have the right mix of players to make a big impact on the competition.

“We are pretty fortunate in the fact that we have so many players that have Super Rugby experience,” he said. “For those guys it’s a really good opportunity to take on a leadership role and steer the team around the field.”

“The squad is shaping up really nicely, a lot of our club guys have been training for the last few weeks so they’ve got a good understanding of what is expected from our style of play. We get our Super Rugby guys back next week and will get the whole group training together before the NRC kicks off.”

McIsaac stressed that the Buildcorp NRC is a huge opportunity for fringe Force players and club players alike to showcase their talents and push their case for selection at the next level.

“There are a lot of young guys in the squad who aren’t getting a lot of time at Super Rugby level because there are seasoned players and Wallabies ahead of them. For players like Francois Van Wyk and Albert Nikoro, this is their chance to put their best foot forward and push for more time at Super level.”

“It’s a big opportunity for club players such as Riley Winter who represented Australia at the Under 20 World Championships to show their skills on a national stage and maybe work their way into a Super Rugby squad.”

One such player who will be looking to push their case for a starting role with the Force is 22-year-old prop, Oliver Hoskins.

“It’s a really important time for blokes like myself,” Hoskins said. “I’ve been involved in Super Rugby for a few years now and haven’t really had the chance to start many games or have a lot of game time so this is really the time of year when I can attack and show what I am made of and push my case for Super Rugby next year.”

“It’s a good opportunity to show what I can do in a starting role. It was a really good competition for me last year and got me ready for Super Rugby and hopefully this year it can help me push for a starting berth.

“It’s massive for the club guys. Kane Koteka is a great example of how it helps club players show their skills and prepare themselves for the step up to Super Rugby.

“The squad is looking really strong. With a mix of some exciting young guys and experienced older heads, I think we are well positioned to give the competition a real crack and hopefully go one better than last season.”

The Perth Spirit will kick-off their Buildcorp NRC campaign with a grand final rematch against Brisbane City on Thursday, 20 August at Ballymore, before returning home to McGillivray Oval to take on the North Harbour Rays on Saturday, 29 August.