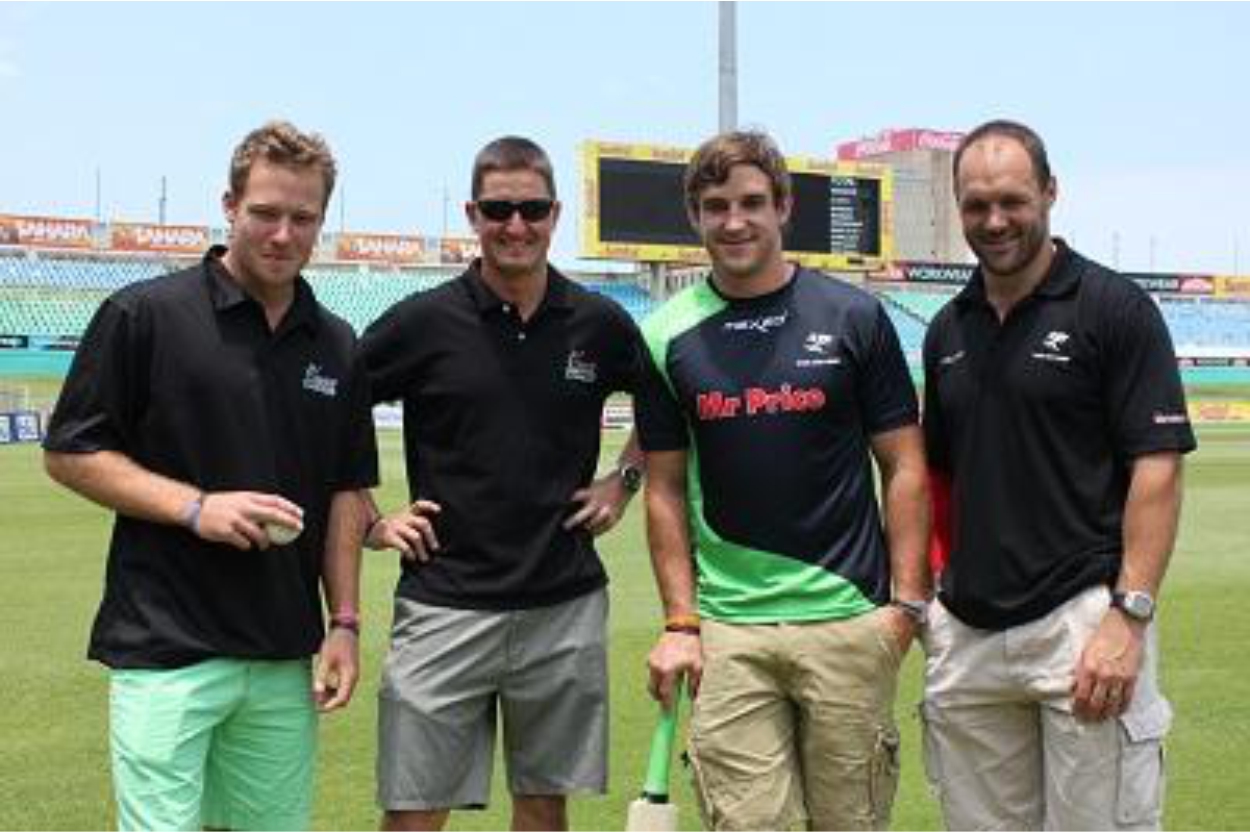 Pick n Pay is doing it again, bringing an action-packed day of fun for the whole family in a charity event featuring two of South Africa’s favourite sport teams: rugby and cricket, in the Pick n Pay Durban Challenge.

The Sharks and The Sunfoil Dolphins will battle it out in a T20 cricket match at Sahara Stadium, Kingsmead, on Sunday 13 January 2013.

Malcolm Mycroft General Manager of Marketing Pick n Pay said he was delighted to see the event coming to KwaZulu-Natal again, after a successful sell-out event in Durban last year. Mycroft said the challenge would give Durban sports fans the opportunity to spend a day watching their favourite teams, with family and friends, while giving Pick n Pay the opportunity to engage with their customers in the region.

From 10am – 5pm, the Pick n Pay Durban Challenge will bring together fans of both cricket and rugby as their respective teams fight for bragging rights in a 20/20 style contest.

Bronwen Rohland Director Marketing and Sustainability Pick n Pay said that proceeds for the day would go to two charities: The LIV Village, and the KZNCU Development Cricket Foundation. “South Africans love their sport and we are pleased to be sponsoring this event which promises to be great fun, while giving back to the community.

“Each charity will receive R15 000, which forms part of our support for charities that make a difference in the community. We have seen how many of our customers choose to donate their smart shopper points to nominated charities, this event provides a way for families to enjoy time out and watch their heroes take on each other in an action-packed day,” said Rohland.

Gates open at 10am with the match starting at 12pm.

Tickets are on sale for R30 for adults and R15 for under-16s on the East Stand and grass area and all other areas cost R35 for allocated seats only. Seating is unreserved in the East Stand, and on the grass so spectators are encouraged to arrive early to get the best seats in the house!

Tickets are available from:
Sahara Stadium Kingsmead ticket office – 031 3354200
OR
Online at www.pnptickets.co.za