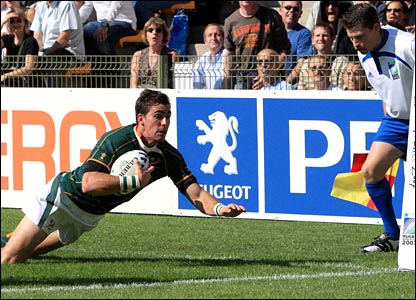 World Cup winning Springbok Ruan Pienaar scored all of Ulster’s points in a close win over Glasgow in the Magners League on Friday night.

Pienaar contributed all of his side’s 19 points after he started at scrumhalf for his new Belfast club. Pienaar will be happy with his first game after returning from a shoulder injury.

After the break Pienaar and Glasgow flyhalf Duncan Weir exchanged a penalty a piece before Pienaar slotted a pressure penalty kick in the 73rd minute to secure an important victory for his team and move them into joint first position with Cardiff after five matches.