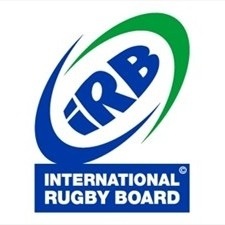 Chief Executive Brett Gosper reaffirmed the IRB’s pledge at the meeting of medical experts in Dublin this week, as investment in medical and player welfare initiatives continue to benefit Rugby at all levels.

Pitch-side care for players, concussion and welfare of Sevens players were among the many topics work-shopped by Rugby and independent medics representing 29 nations at the annual event. The conference focused on welfare initiatives that have been completed in the past year and future priorities.

With concussion management in the media spotlight, delegates were told how the global trial of the Pitch-side Suspected Concussion Assessment (PSCA) triage protocol has seen the number of concussed players left on the field reduced from 56 per cent before the trial, to 13 per cent currently.

The aim in 2014 will be to bring this number down further through a strong programme of education, review and research. Representatives from all 118 Member Unions were educated on Rugby’s concussion approach at the 11th IRB General Assembly earlier in the week.

“Each year the Medical Commission Conference sets the focus for what the IRB will prioritise from a medical point of view,” said Dr Martin Raftery, the IRB’s Chief Medical Officer.

“This year in Dublin we’ve had really strong engagement from Unions and delegates, and we’ve furthered our discussions on many important topics.”

“Player welfare is the number-one priority for Rugby. The purpose of this conference is to find ways to ensure players are given the best opportunity to play the Game, safe in the knowledge that their mental and physical health is looked after by the Game’s administrators.”

A number of recommendations were made to the IRB by the Medical Commission Conference that will be debated and considered in due course. The conference concluded this week with the IRB delivering level two and three courses in immediate pitch-side care and a medical educator course.