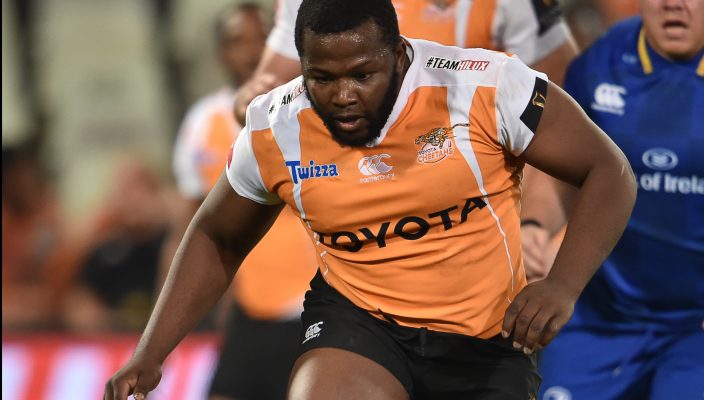 Power house, Ox Nche commits for another year with the Free State.

Jul 6 • General News • 1545 Views • No Comments on Power house, Ox Nche commits for another year with the Free State.

Despite interest from other rugby clubs, Ox Nche has decided to extend his contract with the Toyota Cheetahs.

The Bloemfontein fan favourite, who earned his Springbok cap against Wales in June this year has committed until 2019.

Nche was born in Thaba Nchu, he first earned provincial selection in 2011, when he was included in the Free State squad that participated at the Under-16 Grant Khomo Week in Queenstown. Nche attended HTS Louis Botha and soon became a promising prop. He played for SA Schools in 2012/13, SA U20 in 2015 and SA A in 2017.

In 2014 he joined the Toyota Cheetah Academy and was a key player for the Free State U19 team in the Provincial Championship, starting all thirteen of their matches in the competition as his side finished second on the log.

Nche brings excitement to a game and Free State Rugby are looking forward to seeing him in action in the upcoming matches.