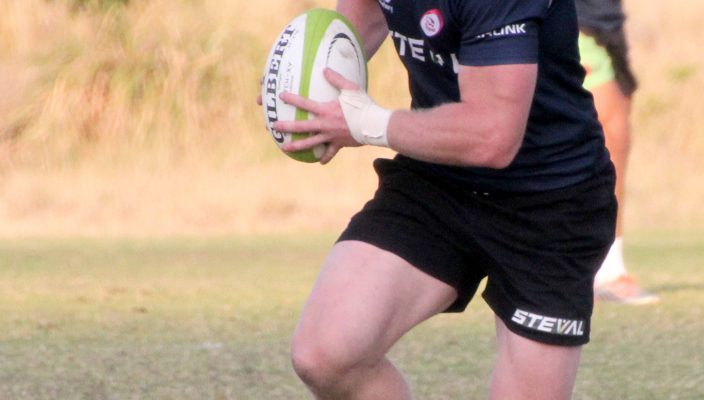 Steval Pumas ready to welcome Griquas
The Steval Pumas are hungry to record their first win of the Currie Cup Premier Division, as they prepare to face long-time rivals Griquas at the Mbombela Stadium on Friday evening.
After losses to the Sharks and Lions in the first two rounds of the tournament, head coach MJ Mentz has made a number of changes to the side for this vitally important match.
Renaldo Bothma will take over the captaincy from lock Hugo Kloppers, who drops to the bench to make way for Jannie Stander.
“At this stage of the season, we feel like we need Renaldo’s experience as an international captain for Namibia. He is a player who leads by example, is extremely physical and really puts his body on the line. We’re expecting a very physical challenge from Griquas, so Renaldo’s hands-on style of leadership is ideal,” said Steval Pumas coach MJ Mentz.
In the front row, De Jay Terblanche comes in for the injured Khwezi Mona at loosehead prop, while Frankie Herne replaces Francois du Toit at hooker. After several months out of action with a dislocated shoulder, former Griquas hooker Simon Westraad may get a chance to run out against his old team as he takes a spot on the bench.
Emile Temperman starts at scrumhalf in place of Reynier van Rooyen, who has an injured knee. Marlou van Niekerk is replaced by the exciting Leighton van Wyk at inside centre, while wing Marcello Sampson makes way for the more physical and experienced Bernado Botha.
Justin van Staden is sadly out for the season with a fractured toe, giving the pacy Devon Williams an opportunity at fullback.
The Steval Pumas will be looking to improve from their first two Currie Cup outings.
“We recognise that we were outplayed in the first two games, but we feel like we’ve had very good preparations leading up this match. The guys are definitely feeling pumped and motivated to get their first win of the tournament,” said Mentz.