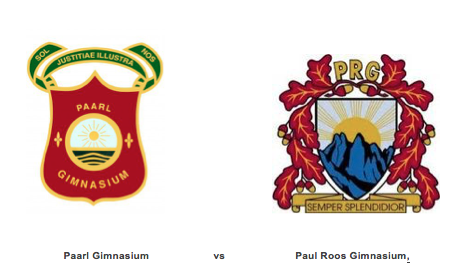 Paarl Gimnasium will take on Paul Roos on their home turf on Saturday, 16 April at 14.00. The match will be televised live on SelSA (channel 210)