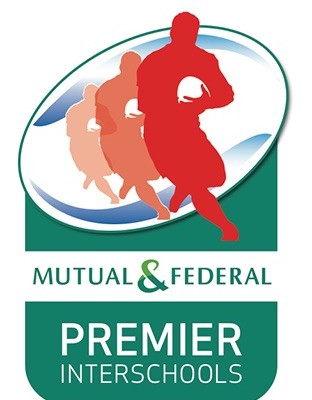 After being on the losing end in the last few years, Selborne College from East London claimed a well-deserved victory over rivals Grey High School in Port Elizabeth. Playing at Phillips Field is always a daunting task, but Selborne’s first half brilliance ensured that they pulled through to seal the win by four points.

The visitors opened the scoring in the 10th minute after a good run down the field by fullback Michael Botha. Selborne set up a ruck and went infield before scrumhalf Joshua Allderman broke to the blindside and fed Botha again, who raced in to score in the corner.

Five minutes later they were at it again. From the base of the ruck Allderman launched a box kick that was gathered by right wing James Bruce. He fed inside to Botha who ran through for his second try under the posts. Allderman converted to put Selborne 12-0 up.

Grey, playing without their influential SA Schools flyhalf Curwin Bosch, struggled to get out of their own half. On top of that, regular captain Michael de Marco was out injured due to concussion he picked up playing for Italy in the Under-18 series. Selborne were without their own captain and playmaker, midfielder David Brits, who was also on duty for SA Schools.

The hosts made too many errors on attack, but were eventually awarded a penalty that was converted by Sihle Njezula in the 32nd minute. But with the clock ticking down to half-time, Grey went to sleep. Selborne immediately attacked up the midfield from the kick-off and centre Songo Xamlashe powered his way past several Grey defenders to score under the posts.

Allderman converted again before adding another penalty just before the break to give his side a healthy 22-3 lead.

A different Grey team came out to play the second half, looking more focused, composed and determined. After working their way into the Selborne 22 metre area, prop Dylan Barendse barged his way over for Grey’s first try of the afternoon.

Grey then launched wave after wave of attack and were finally rewarded when scrumhalf David Masterson drove over to score in the 50th minute. Another conversion went begging, but Selborne’s lead was at least cut to 22-13.

Grey Prop Nikki Ferreira then found his way over the line, but was deemed to be held up. They weren’t to be denied two minutes later, though, when Masterson took a quick tap and forced his way over the tryline again for his second.

Yet again the conversion was missed, leaving Grey to wonder what might have been as Selborne’s first half display just saw them home.