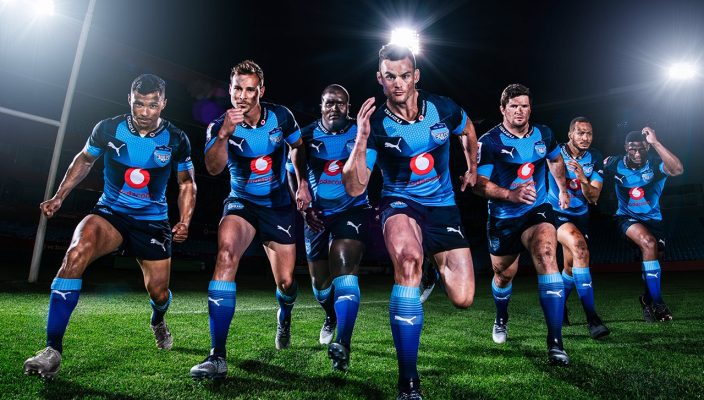 Official technical partner PUMA has launched the 2019 Home and Away kit for the Vodacom Bulls and Blue Bulls, which will be worn for both the Vodacom Super Rugby and Currie Cup seasons. The design of the new jersey is inspired by the courageous protectors of Fortress Loftus. 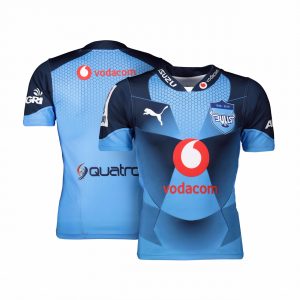 The key visual design elements on the shirt are a chain mail underlay and panels in shades of blue representing the plates of body armour that protect warriors going into battle. The geometric panels are also arranged to create a graphic illustration of the head of a Bull.

“The players display immense courage when they put their bodies on the line, so we decided to have some fun with the concept of these warriors protecting Fortress Loftus,” said PUMA South Africa Marketing Director Brett Bellinger. “We are confident the striking design of the new shirt is going to resonate with the fans.”

In a bid to create awareness for nature conservation, the Away Kit will feed into the Bull’s theme and campaign for next year built around courageous protectors, with a few exciting initiatives to be announced early in 2019 by the Vodacom Bulls and conservation partners South Africa National Parks and WILD card.

‘PUMA have again outdone themselves with yet another amazing modern design. The players are excited about donning their new armour as they venture into the 2019 season. We are especially proud of the green and white away jersey, as this further strengthens our bond and ties with conservation groups. In 2019 the #BullsFamily will partner with conservation bodies in becoming warriors and custodians of our natural heritage”, says Blue Bulls Company CEO, Barend van Graan.

The new Home and Away jersey will hit stores on 30 November 2018 for R799 at PUMA stores, Totalsports, Sportsmans Warehouse and selected retailers here https://go.puma.com/rewwf 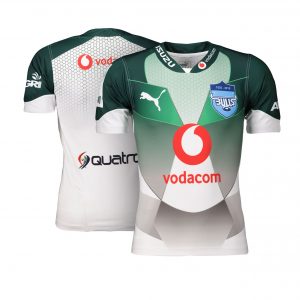 Furthermore, the Bulls will play their local derbies in a third kit based on a Marvel Comics superhero. This kit will be launched in January and be available for purchase from February 2019.