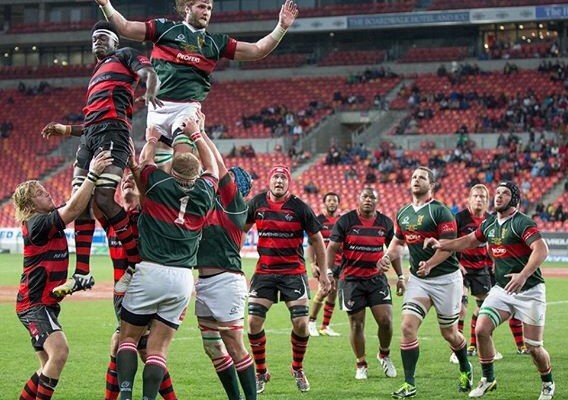 The Steval Pumas and EP Kings will cross paths in the Absa Currie Cup First Division final for the second year in a row after overcoming tough battles in the semifinals this past weekend to book their places.

This year, however, the Pumas will host the showpiece in a match that would mark their first home final since 2009.

The Steval Pumas broke away late in their clash against the SWD Eagles in Nelspruit on Friday for a 52-33 victory, despite a tight start to the match, while a strong fight by the EP Kings through a nail-biting second half and 20 minutes of extra time earned them a narrow 32-29 victory against the Leopards in Port Elizabeth.

Next week’s final will mark the EP Kings’ fourth final appearance in a row, while the Pumas last final berth before the 2012 season was in 2009.

In Nelspruit the first half was as tight as it gets as the Steval Pumas and SWD Eagles gave everything to force their way into the lead. The Eagles drew first blood with right wing Clinton Wagman crossing the tryline in the fifth minute to signal their intent. But the Pumas’ Corne Steenkamp hit back with a try in the 13th minute after the teams each slotted over a penalty. The Eagles were dealt a big blow soon after as captain and looseforward Kabamba Floors received a yellow card. The team, however, held the fort in his absence, and allowed the Eagles only the three points from the penalty for the initial offence while reduced to 14 men. Eagles fullback Justin van Staden added two penalties before half time, but this was cancelled out by a converted try by Pumas centre Stefan Watermeyer two minutes before half time. This allowed the home team to enter the break with a 20-16 lead.

Both teams came out strongly after the break showing innovation on attack and backing this up with fantastic running lines and support play, which resulted in a see-saw spell. Such was the frantic nature of the game five tries were scored 22 minutes – three by the home team and two by the visitors – as they found gaps in the defence and rounded off their chances well. But two more tries by the Pumas in the last 13 minutes to take their tally to six, and another penalty by Bezuidenhout allowed them to accumulate over 50 points and take the honours.

The semifinal in Port Elizabeth was thrilling from the outset, as the EP Kings and Leopards took to the field determined to fight until the final whistle to advance to the final. With neither team giving an inch, the first half proved to be a penalty festival with EP Kings fullback Scott van Breda and Leopards centre Adriaan Engelbrecht each slotting over three penalties in the first 32 minutes. A converted try by talented Leopards left wing Edmar Marais three minutes before the break, however, pushed the visitors into an encouraging 16-9 lead.

With the pressure turned on the EP Kings ensured that they had the first say in the second half, with No8 Tim Agaba dotting down over the tryline to level the scores. A yellow card for the Leopards’ SJ Niemand, however, allowed Van Breda to have another strike at goal, which he converted, with six minutes left in regular time. Engelbrecht, however, cancelled it out as he earned another three-pointer, but Van Breda again edged his team into the lead with three minutes to play. Engelbrecht, however, levelled the scores on the stroke of full-time, which forced the match into extra time.

The teams added a converted try a piece in the extra 20 minutes, but a sixth penalty by Van Breda handed the EP Kings a hard-fought 32-29 victory, and secured their place in the final.