The Steval Pumas squandered a healthy 28-10 lead in the last fixture in the Mbombela stadium on Saturday to forfeit a possible semi-final spot in this season’s Currie Cup competition.

The Tafel Lager Griquas narrowly won the match 38-35 to end the Pumas’ Cup dream and lifted themselves off the foot of the congested Currie Cup log.

It was the proverbial match of two halves with the Pumas controlling the first stanza during which they scored a bonus point try with number eight Willie Engelbrecht particularly impressive. 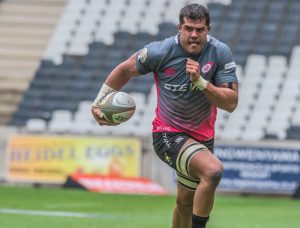 The shoe was on the Peacock Blues’ foot in the second half with their impressive centre Tertius Kruger leading the fightback with a brace of tries of his own.

Kruger also started the Griquas fightback in the second half followed by an intercept try to the flying Kyle Steyn which signaled the beginning of the end for the home side.

It didn’t help matters for the Mpumalanga team that their advantage in the scrums was taken away with uncontested scrums.

It was Griquas’ turn to score four tries in the second forty which included Kruger’s final nail in the Pumas coffin. 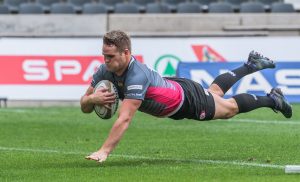