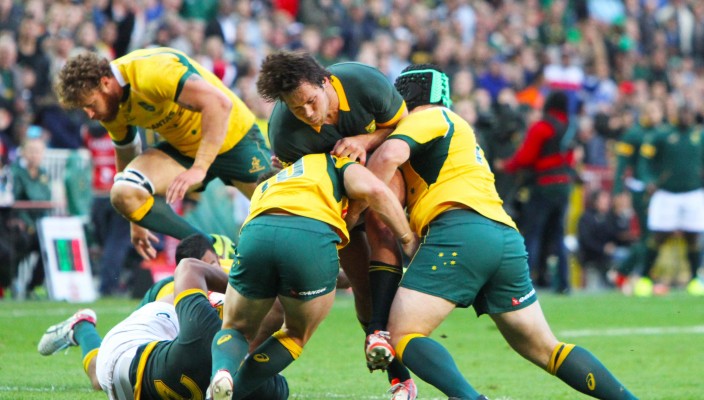 QANTAS WALLABIES GO DOWN TO ARGENTINA IN MENDOZA

Despite leading 14-0 in the first half, the Qantas Wallabies have fallen to Argentina 21-17 on Sunday morning after a mountain of Argentinian possession and penalties allowed the Pumas to claim their first win in the Castrol EDGE Rugby Championship.

The Qantas Wallabies will get the chance to redeem themselves when they play the world number one All Blacks in Brisbane on Saturday 18 October.

THE MATCH
Australia started the match defending the Pumas who held possession well to march 60 metres with some quick off loads and secure work at the breakdown preventing the Wallabies from pilfering the ball.

In the third minute, a turn over instigated by Australian captain Michael Hooper allowed the Australian backs to create space for Tevita Kuridrani to score the Wallabies first try of the match.

The successful conversion by Bernard Foley took the score to 7-0.

Argentina continued to test the Wallabies defence but the quick hands of the Wallabies led to an excellent team try with James Horwill offloading to a barnstorming Scott Higginbotham who crashed over next to the posts to score, taking the score to 14-0 in favour of Australia.

The Qantas Wallabies defence was again tested in the 25th minute with the Pumas’ forwards creating space for Argentina’s backs. But excellent work at the breakdown from Australia allowed the Wallabies to reclaim possession and clear the danger.
Argentina’s weight of possession and territory created headaches for the Australian defence and after 13 phases on the Australian line, forward Leonardo Senatore crossed over in the corner to score.

The kick from flyhalf Nicolas Sanchez was unsuccessful however a penalty opportunity on the cusp of half time allowed Argentina to take the score to 14-8 at the break.

The Qantas Wallabies didn’t start the second half to plan with Referee Nigel Owens sending scrumhalf Nick Phipps to the sinbin for Australia’s infringements at the breakdown.

Nicolas Sanchez converted the penalty to take the score to 14-11 in Australia’s advantage.

Australia finally claimed some possession in Argentina’s defensive zone and, after some excellent individual effort from fullback Israel Folau, it seemed Tevita Kuridrani had crashed over for a try. Referee Owens decided that there was no clear indication the ball was grounded, leaving Australia to settle for the penalty, taking the score to 17-11.

The Wallabies were still defending with 14 men and off the back of a powerful Pumas scrum, Argentina’s backs successfully drew in the Wallabies defenders to score in the corner, giving the home nation a 18-17 lead.

Replacement props Benn Robinson and Ben Alexander breathed some new life into the Qantas Wallabies scrum and were rewarded for their toil with a penalty against the dominant Argentinian pack. Bernard Foley went for the penalty kick at the edge of his range but was unable to find the mark.

Moments later, Foley went for another kick after some excellent work from the Australian forwards, but the ball bounced off the upright and the opportunity was missed.

Josh Mann-Rea entered the field of play in the 71st minute, becoming the oldest Wallaby in 56 years to make his debut.
In the 73rd minute referee Owens sent Australian captain Michael Hooper to the sin bin for taking a player out in the air despite the Wallaby having committed to the charge down.

Sanchez kicked the penalty and the home nation took its lead to 21-17.

Australia continued to attack in the dying minutes of the match but with only 14 players on the field and the toll of a hectic travel schedule hitting the Wallabies, Argentina held on for its first win in the Castrol EDGE Rugby Championship.