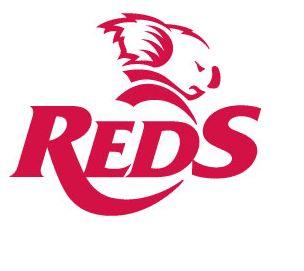 The Queensland Reds have made three changes to their starting side to take on the Fijian Drua in a historic double header at Suncorp Stadium this Saturday.

After making his return to the side via the bench last week, Taniela Tupou will run-on alongside Harry Hoopert who makes his first start of 2022.

Ryan Smith moves into the starting side in place of injured lock Lukhan Salakaia-Loto, while University of Queensland’s secondrower Connor Vest will potentially make his Queensland and Super Rugby Pacific debut off the bench.

23-year-old openside flanker Fraser McReight will captain his state for the first time.

Reds head coach Brad Thorn said: “It’s great to be back home this week playing in front of our Queensland fans.

“They’ve been through a lot recently with the floods and hopefully we can put in a good performance for them and put some smiles on some faces.

“It’s great to have the Drua in the competition. Their style of play is positive and they’ll be full of confidence after their first win last week. We’re expecting a tough contest on Saturday night,” said Thorn.

In honour of Queensland Rugby Union’s Pasifika Round, eight players will proudly wear the flag of their pacific background on their jersey which will be signed and auctioned off after the match to raise further funds for UNICEF Australia’s Tongan Recovery Appeal in response to the explosion of the Hunga Tonga Hunga Ha’apai underwater volcano and subsequent tsunami earlier this year.

Petaia makes the move to fullback in a reshuffled back three, seeing Jock Campbell and Josh Flook start on the wings.

Thomas, James O’Connor, Hamish Stewart and Paisami retain their spots in the halves and centres respectively.

Tupou and Hoopert run on in the front row alongside Josh Nasser who will make his second starting appearance in the Queensland jersey.

Smith partners Blyth in the second row, while Uru, Fraser McReight and Harry Wilson make up an unchanged back row trio.

Vest will potentially make his debut off the bench, while Nonggorr also returns to the 23.

Queensland take on the Fijian Drua at 6:45pm AEST, with the women’s side taking to the field at 4:15pm to face the Fijiana Drua in a historic double header.