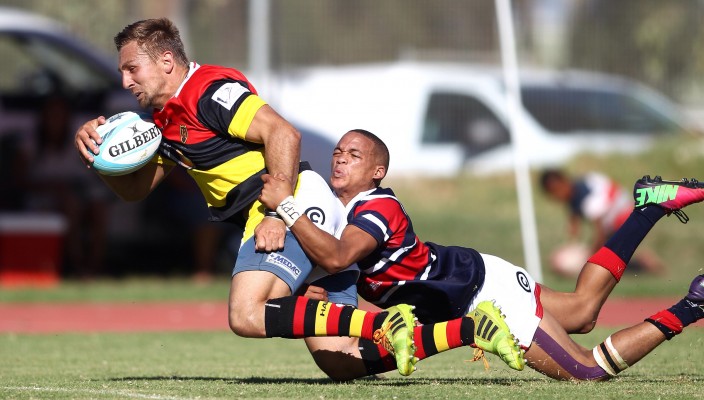 Raiders of Johannesburg face their Cell C Community Cup acid test on Saturday when they host Gauteng neighbours Pretoria Police in a fourth-round tie that may decide which of the two Highveld teams qualify for next month’s Easter play-offs.

Pool B of South Africa’s premier club tournament for non-university clubs looks set to go down to the final match of the group stages next weekend with current log leaders Pretoria Police, with 14 points, enjoying a five-point lead over Raiders and an eight-point cushion over Jonsson College Rovers, whom the Bobbies beat 20-19 in round three last Saturday in the nation’s capital.

Fourth-placed Berlesell Bloemfontein Crusaders are not out of the running yet, either, but they will have to upset the apple cart with a bonus-point victory in Durban against College Rovers to stay in the hunt.

Both Raiders and Rovers have two matches remaining, while Police will finish their group campaign against Raiders at the historic Bill Jardine Stadium on Saturday. Whatever the result, next Saturday’s final-round Raiders vs Rovers clash will decide which two sides advance to the televised Easter play-offs, which will be held from 2-6 April at the home of defending champions Rustenburg Impala.

The race to finish in the top two is just as fierce in the other three Pools ahead of a fourth round that sees matches take place in the cities of Rustenburg, Port Elizabeth, Durban and Johannesburg, as well as in the platteland towns of Kathu and Welkom.

In Pool A, log leaders Impala will qualify for the Easter play-offs should they beat bogey side East Rand Cranes Springs in Rustenburg, while Durbanville-Bellville will knock out Don’s Pawn Shop Port Elizabeth Police should they win their match that takes place at the Nelson Mandela Bay Stadium.

In Pool C, third-placed Vaseline Wanderers will move to within qualification range should they beat One Logix United Bulk Villagers Worcester at their Kent Park base, while Evergreens, following two home victories without bonus points, will need to win and score four tries in Kathu against Aveng Moolmans Sishen to keep their campaign on track ahead of their toughest match – a fifth-round clash against unbeaten Hamiltons in Cape Town.

And in Pool D, SA Home Loans Durban Collegians will want to bounce back from their 34-20 defeat in Malmesbury against Wesbank when they host Shumba Ferros in the round’s early kick-off in Durban. Wesbank meanwhile could draw level with Gap Management Despatch at the top of the group should they come aweay from the northern Free State with five points against J&F Reclaiming Rovers Welkom, making it yet another Pool that is just too close to call.