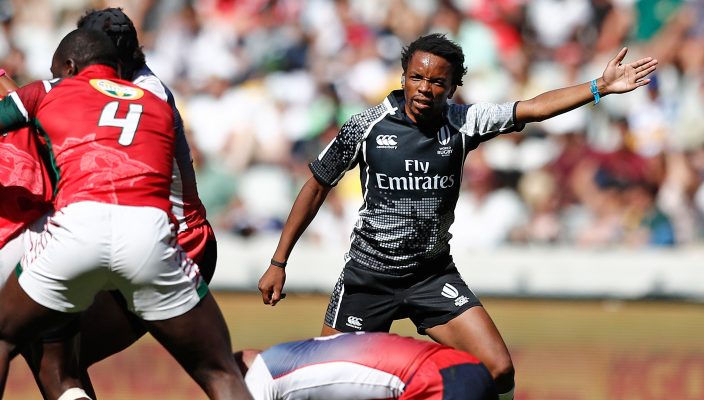 South African referee Rasta Rasivhenge is set to make his last HSBC World Rugby Sevens Series appearance this weekend when he takes the whistle at the HSBC Cape Town Sevens tournament, after he decided to turn his full attention to refereeing in fifteens from the start of the 2019 season.

Rasivhenge took up the whistle in 2007 and immediately worked his way up the ranks to the SA Rugby National Panel. It did not take him long to break into the Elite Panel and since then he has established himself as a leading referee on the HSBC World Rugby Sevens Series. He is currently a member of the Western Province Rugby Referees’ Society.

“Rasta was given an opportunity to referee in the 2018 Vodacom Super Rugby competition and as a result of impressing the Sanzaar Management in his debut year, it is important that he now concentrate on the longer form of the game without the distraction of Sevens so he can be given the opportunity to reach his full potential,” said O’Brien.

Rasivhenge has over 250 Sevens games under his belt and O’Brien believes the environment and team culture he has been surrounded with over the past six years will hold him is excellent stead going forward.

“Rasta has played a huge part in ensuring that Sevens refereeing is at the level of the playing of the game and he will be missed by our management and his peers,” said O’Brien.

“However, he has untapped potential in the fifteens game and it is quite clear he has a bright future ahead of him. We wish him all the best in his future endeavours.”

Banks Yantolo, the Senior Manager for Referees at SA Rugby, thanked Rasivhenge for his outstanding duty on the Sevens circuit and wished him well with his future refereeing plans.

“Rasta’s has been a model of consistency and he has performed with distinction in a stellar six-year period on the Sevens circuit, where he is a respected and popular official,” said Yantolo.

“It is very fitting that he will take the whistle for the last time in a Sevens tournament here in South Africa, in front of a fantastic crowd at this weekend’s tournament in Cape Town, and we want to wish him well as he embarks on a fulltime fifteens refereeing career.”