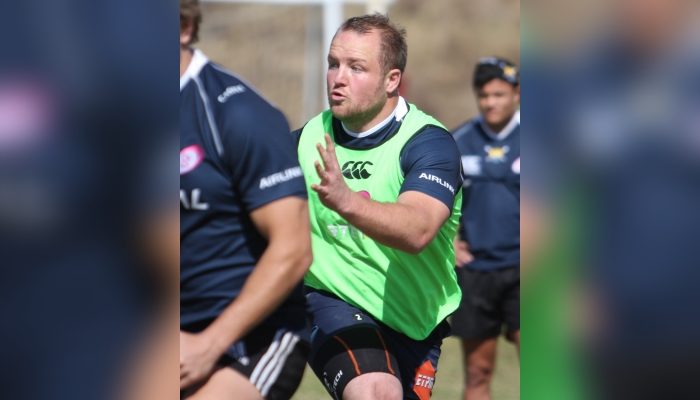 Jul 13 • General News, National, South Africa • 2497 Views • No Comments on Rassie van Vuuren will make his debut for the Steval Pumas against the Leopards

The Steval Pumas coaching staff has made several changes for its Currie Cup qualifying encounter against the Leopards at Mbombela Stadium this Friday at 19:00.
De-Jay Terblanche will take-over the captaincy from Hugo Kloppers who moves to the bench.
Rassie van Vuuren, who recently returned to South Africa after representing Atlantique Stade Rochelais in France, joined the Pumas two weeks ago and will start at hooker.
He played Craven Week for the Pumas in 2003 and represented the Currie Cup Pumas team from 2007 to 2008.
Debutant Devon Williams from the Western Province, who signed a two-year contract with the Pumas, will start at fullback.
Marlou van Niekerk replaces the experienced Justin van Staden at fly-half. Van Niekerk wore the number 12-jersey against the Pumas’ previous match against the Griquas. Tyler Fisher replaces Bernado Botha on wing and Emile Temperman, who represented Tukkies in the Varcity Cup last year, will start at scrumhalf.
Wiehan Hay, who made his debut for the Pumas against the Welwitchias in the fifth round of the qualifying match, will move to the starting line-up where he replaces Stephan Greeff on lock.