May 21 • General News, Heineken Cup, International, National • 3949 Views • No Comments on Reaction from Rob Kearney of Leinster Rugby who was named today as ERC European Player of the Year 2012 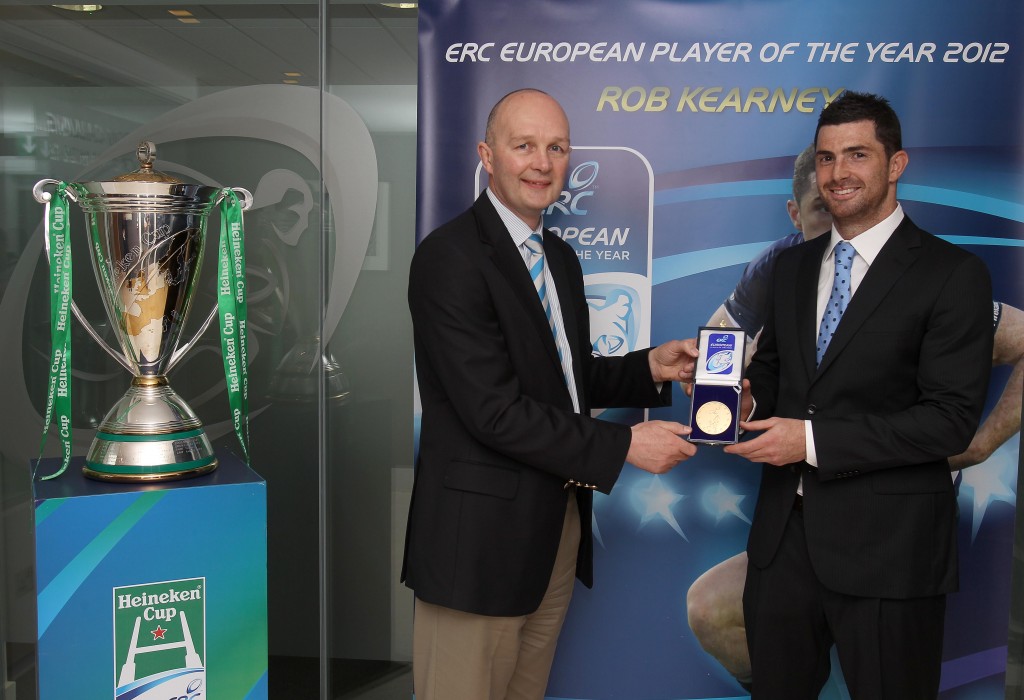 “This is a massively proud moment for me. To be recognised for your performances throughout the season is a dream come true especially when it’s in a European context.  While I’m delighted with the recognition, an individual player is powerless without the support of his teammates. So I owe this award to the Leinster squad, to the management and to the all staff at the club.

“It’s been a huge season for me especially given that I missed out on last year’s Heineken Cup final because of injury and had to watch from the sideline. So this time, I desperately wanted to be a part of it.

“To follow in the footsteps of Sean O’Brien as ERC European Player of the Year is really satisfying. Sean was phenomenal last season, and he was one of the main reasons why we won the tournament.

“Obviously, to win the Heineken Cup two years in a row is really special, but the Leinster squad and management are hungry for success and next season we’ll be looking to win it again.

“Next Sunday, we’ve got the RaboDirect PRO12 final against the Ospreys and that’s going to be huge for us as players as well. Anyone who manages to put 40 points on Munster has to be a really good team, and even if Munster will feel that they didn’t play that well in the semi-final, the Ospreys were impressive.

“They will have had two weeks to prepare for Sunday’s final, they will have scouted us pretty well, so we’re expecting a big game from them and we know they’ll be hugely up for winning a trophy.

“We’ve reached four finals in two years, but it’s important now that we don’t lose the run of ourselves. We’re constantly striving to improve, and as long as we stay in this place where the desire is there to keep on winning, then  thenthenLeinster Rugby will be very strong for the coming years.

“We were in a position last season to do the double after winning the Heineken Cup, and we were disappointed that we didn’t perform to our potential in the league final against Munster. In fact, we probably played quite poorly, so this time we want to rectify that.”