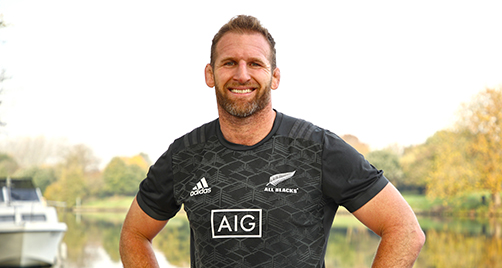 Read confirms 2019 will be swansong year in New Zealand

Tributes are flowing for All Blacks Captain and BNZ Crusaders centurion Kieran Read, who has confirmed that 2019 will be his swansong year in New Zealand Rugby.

33-year-old Read will join Japanese club Toyota Verblitz next year at the end of what will be his 13th season of professional rugby in New Zealand. He has played 118 Test matches to date since making his debut in November 2008, 43 as Captain, and 145 Crusaders games.

“Every young rugby player in New Zealand dreams of the opportunities I have had to represent the All Blacks and the Crusaders, and I know I’ll look back at the end of the year with a great deal of pride to have worn those jerseys for as long as I have,” Read said.

“My family and I are looking forward to an overseas experience and Japan presents an awesome opportunity to immerse ourselves in Japanese culture as part of the Toyota club.

“I feel the time is right to make this announcement on my playing future, so that I can focus my efforts on the season ahead.”

New Zealand Rugby CEO Steve Tew said:  “We want to wish Kieran all the very best for his swansong season in New Zealand Rugby.  He’s been one of the most influential players in the world in his 13 years at the top of the professional game, an outstanding and hugely-respected All Blacks Captain, and an All Blacks centurion.  We owe ‘Reado’ and others like him, who have given so much to our teams, a huge debt of gratitude. We wish him, wife Bridget and his family all the best for their adventures next year.”

All Blacks Head Coach Steve Hansen said: “On behalf of New Zealand Rugby and the All Blacks, I’d like to acknowledge the fantastic contribution that Reado has made to our game. His performances on the park speak for themselves: he’s played 118 Tests and started 111 of them, which is an outstanding achievement.

“However, that is only part of the Kieran Read story. His contribution off the park has been just as impressive.  He’s developed into a fantastic leader, who has the utmost respect of all his peers. What he has achieved has been remarkable, and its fair to say that he is one of the greats of our game who has enhanced the legacy of not only the All Blacks jersey but also the Crusaders jersey. We wish him, Bridget and the kids all the very best in their next rugby chapter.”

BNZ Crusaders CEO Colin Mansbridge said: “Kieran Read is one of the great Crusaders. We are fortunate to have a number of players who have spent their entire Super Rugby careers in red and black, and Kieran stands out as one of those players whose loyalty and leadership are undisputed.

“After 13 seasons in the Crusaders jersey, he’ll depart New Zealand at the end of the year with our heartfelt thanks and very best wishes. In the meantime, we look forward to one final season with him in 2019.”

BNZ Crusaders Coach Scott Robertson has also paid tribute to Read, adding: “His contribution to the Crusaders over the past 145 games goes without saying, but it’s Reado’s influence as a member of our leadership group that will be a huge part of the legacy he leaves here.

“He still has a big role to play in the season ahead, and while we’ll certainly miss Reado and his family here at Rugby Park come the end of our 2019 campaign, I know the boys will be determined to give him the send-off he deserves.”

A dominant player across the field and a master of the role of the modern number 8, All Blacks Captain Kieran Read has turned in consistently outstanding performances on the field in his stellar career, complemented by his leadership skills and professionalism. The World Player of the Year in 2013 and a double RWC winner, Read was identified at a young age as a very good age-grade cricketer and rugby talent. He played in national Schools and age-grade teams before making his provincial debut for Canterbury in 2006. He made his Investec Super Rugby debut with the Crusaders in 2007 and his All Blacks Test debut in November 2008. Read became the 66th All Blacks Captain when he led the team against Italy at Rome’s Olympic Stadium in 2012, and has captained the side 43 times.  Read’s 19 consecutive wins as All Blacks Captain from 2012 to 2016 is a world record. The third Test match against the British & Irish Lions in 2017 saw Read become the All Blacks’ seventh Test centurion. He has played 118 Tests to date and is currently the joint third most capped All Black (alongside Tony Woodcock). He has started 111 of his 118 Tests, and had just 14 losses in the black jersey for a winning percentage of 87 percent. Read played his 100th Super Rugby match for the Crusaders in 2014 and is currently fifth equal (alongside Richie McCaw) in the list of most capped Crusaders.