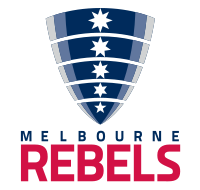 The Melbourne Rebels concluded their pre-season campaign with a 85-0 victory over Samoa at AAMI Park, Melbourne, on Thursday night.

Contesting their second and last pre-season fixture ahead of next weekend’s Asteron Life Super Rugby season opener against the Western Force, the Rebels dusted off the cobwebs with a clinical performance.

Fielding a near full-strength team, after the late withdrawal of Luke Jones following the birth of his first daughter in the morning, the Rebels scored 13 unanswered tries in front of 6,205 spectators.

The hosts couldn’t have asked for a better start when left winger Reece Hodge opened the scoring in the first minute before Ben Meehan doubled the advantage under the posts after Jack Debreczeni found space on the wing.

The Rebels added to their tally with two tries in five minutes when Debreczeni scored in the corner after a charge down from captain Sean McMahon on halfway followed by a well executed try from a lineout rolling maul.

Hodge’s second for the game on the stroke of half-time saw the Rebels take a 38-0 lead into half-time before tries from Ellison and Jonah Placid after the break brought up the half-century for the locals.

Substitute Tom English scored twice, bookending a second rolling maul try from a lineout as the Rebels doubled their lead midway through the second half.

The Rebels finished the game the same way they started as Dom Shipperley scored in the final to run out 85-point victors.

“It was a fantastic hit out for us,” Rebels Head Coach Tony McGahan said post-match. “It was the first time that a lot of our players have played minutes this year, great to get some combinations and great to get on the paddock for a good 15 v 15 with a lot of our key players playing.

“The game was nice and physical when it needed to be and we’ll get a lot out of that so it was good to get some bumps, scrums and lineouts which we haven’t had a lot of for the last few weeks.

“No injuries, fantastic crowd, fantastic advertisement for the Rebels and fantastic for Melbourne Rugby.”

Courtesy of the Rebels