Referee Jonathan Kaplan to retire at end of 2013 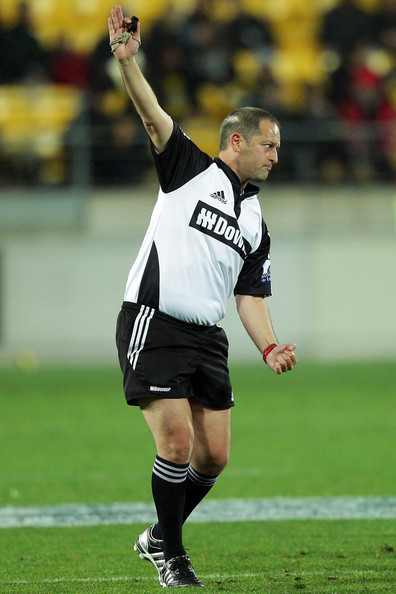 Record-breaking South African Test referee Jonathan Kaplan will retire from professional refereeing at the end of the 2013 South African season.

The 46-year-old Kaplan, who has refereed more Tests, Vodacom Super Rugby and Absa Currie Cup matches than anyone in history, steps down after 21 years on SARU’s elite panels.

“Rugby has been my life for the past few decades and I’ve made the decision with a tinge of sadness,” said Kaplan. “But the time has come to move on and make way for the young referees we have coming through in South Africa.

“I’ve had an incredible career, and I’d like to thank both SARU and the IRB for the opportunities they have given me.

“I’ve always prided myself on having the best interests of the game at heart and being brave enough to try and get the best out of every game in which I have been involved. I’ll miss my front row seats on the big stage.”

“Jonathan has been one of the world’s best referees for a very long time now and has been a credit not only to South African rugby but the profession of refereeing,” said Jurie Roux, CEO of SARU.

“His calm control of matches set the standard and you knew that if Jonathan Kaplan was in charge, the players would be allowed to express themselves. We’ll be sorry to see him go but we respect his decision.”

“I’d like to thank my special family, and friends for walking this journey with me and the public for their generous and unwavering support,” said Kaplan. “It has been an incredible ride and I have made some great friends across all cultures and experienced some unique moments through rugby.

“I’d like to remain involved in the game if at all possible, quite in what capacity I am not sure at this stage.”