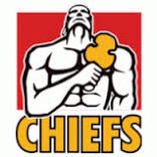 Rennie recommits to Chiefs through to 2017

Chiefs Head Coach Dave Rennie has extended his contract with New Zealand Rugby and the Chiefs and will continue to lead the Investec Super Rugby team for another two years.

Rennie has enjoyed a very successful three years at the Chiefs, taking them to their first Super Rugby title in 2012 in his first year in the role. They repeated that feat the following year and made the play-offs last year.

“Dave is a world class coach and the results on the field speak for themselves. He enjoys huge respect from players and fans, and right across the rugby community so to be able to call on his services for another three years is great news for the game.”

Seven new Chiefs have pulled on the All Blacks jersey during Rennie’s time with the side and another two earned re-calls. He has also introduced 39 new players to the Chiefs.

“To keep producing winning All Blacks teams, we need the other levels of the game to be firing on all cylinders and it’s coaches like Dave that make a huge contribution to our continued success,” said Tew.

Chiefs CEO Andrew Flexman said “With Dave re-signing to 2017 it provides great continuity for our club, players, fans and stakeholders. Dave is a great man who has made a big difference to our organisation since he joined in 2012 and we have absolute confidence that he will continue to drive strong results for the Chiefs.

“Dave has not only delivered the Club’s first two Investec Super Rugby titles, but he also has a great understanding of the people in our communities which is a really important part of who we are. We believe Dave is the best placed to deliver on our goals of winning Super Rugby titles and unifying and inspiring the people we represent.”

Rennie said: “Steph and I are very happy here. I get to work with highly motivated people who have very high expectations. It makes every day a challenge and I love that about my job. It was a pretty easy decision really.”

“It’s been an amazing three years and I am fortunate to be part of such a fantastic rugby community. As an organisation we’ve made some massive shifts, have a fantastic facility and outstanding young men coming through. I’m keen to be part of their on going development.”

Biography:
Dave Rennie has led the Chiefs to two consecutive Super Rugby titles (2012 and 2013) and the play-offs in 2014. Before joining the Chiefs he was Head Coach of the Manawatu NPC side. As the New Zealand Under 20 Coach the team won three consecutive World Championship titles from 2008-2010. Rennie also coached Wellington from 1999-02 winning the NPC in 2000 and played 59 games as a midfield back for the Wellington Lions from 1986.

Rennie recommits to Chiefs through to 2017