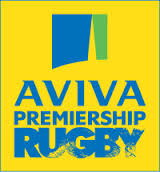 George Smith of Wasps will appear before an RFU Disciplinary panel charged with striking an opponent contrary to Law 10.4(a).

Smith was cited following last weekend’s Aviva Premiership match between Wasps and Gloucester for allegedly striking James Hook in the side of the head with his knee in the second half of the game.

The Wasps flanker will appear before a three-person RFU Discipline panel chaired by Sir James Dingemans at the Bloomsbury Holiday Inn on Wednesday 9 March at 6:30pm.