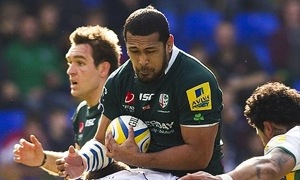 CHRIS HALA’UFIA (London Irish) has been suspended for four weeks at an RFU Disciplinary Hearing today.

The player was found guilty of a tip tackle, contrary to law 10.4 (j), on Sale Sharks’ David Seymour during the Aviva Premiership match between the sides on Friday, December 20.

Hala’Ufia – whose charge was initiated by Citing Commissioner Andy Blyth – is suspended until January 19 and free to play again the following day.

The case was heard by Sir James Dingemans at Twickenham Stadium.