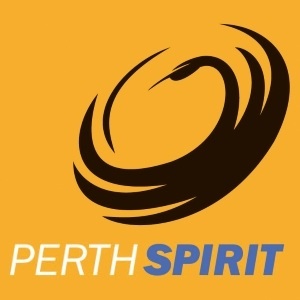 The Road Safety Perth Spirit have named a strong squad for the 2017 National Rugby Championship (NRC) as the men in black and gold look for back-to-back championships.

Spirit Head Coach Kevin Foote has selected a squad made up of an exciting mix of Super Rugby experienced players and standouts from the local Pindan Premier Grade.
The 33-man squad features 13 title winning players from last season, 15 first time Spirit squad members and 11 Pindan Premier Grade stars as well as returning Western Australian prodigy, Nick Jooste, bolstering the strong WA presence in the group.
Foote says he believes the squad has the right mix of quality and depth to make another title charge and do the Western Australian rugby community proud.

“I think it is probably the strongest squad we have named,” he said. “We had a strong squad last year but this year having so many contracted players come through plus the coaching staff is very positive for the competition and Western Australia.”

“I think the guys want to come out and go back-to-back, that is the goal and the group is very focused. We are going to be looking to throw the ball around and play some really attractive Western Australian rugby.

“We have some really talented guys from the Pindan Premier Grade in the squad, those guys play for the love of the game, they play with great spirit and great heart, I think they will add a lot of value to the ‘Piggies’.

“I love the NRC, I love seeing everyone the kids and the families come down to ‘Fill the Hill’ and watch the Spirit. We love playing at McGillivray Oval and running out in the black and gold jersey, everyone takes a lot of pride in wearing the state colors.”

The Road Safety Perth Spirit kick off the 2017 NRC season against the Melbourne Rising on Sunday, 3 September kicking off at 3:00pm at McGillivray Oval, Mt Claremont.

Entry to all Road Safety Perth Spirit home games this season will be FREE so come down and ‘Fill The Hill’.