May 21 • General News, Heineken Cup, International, National • 6619 Views • No Comments on Rob Kearney has been named ERC European Player of the Year 2012 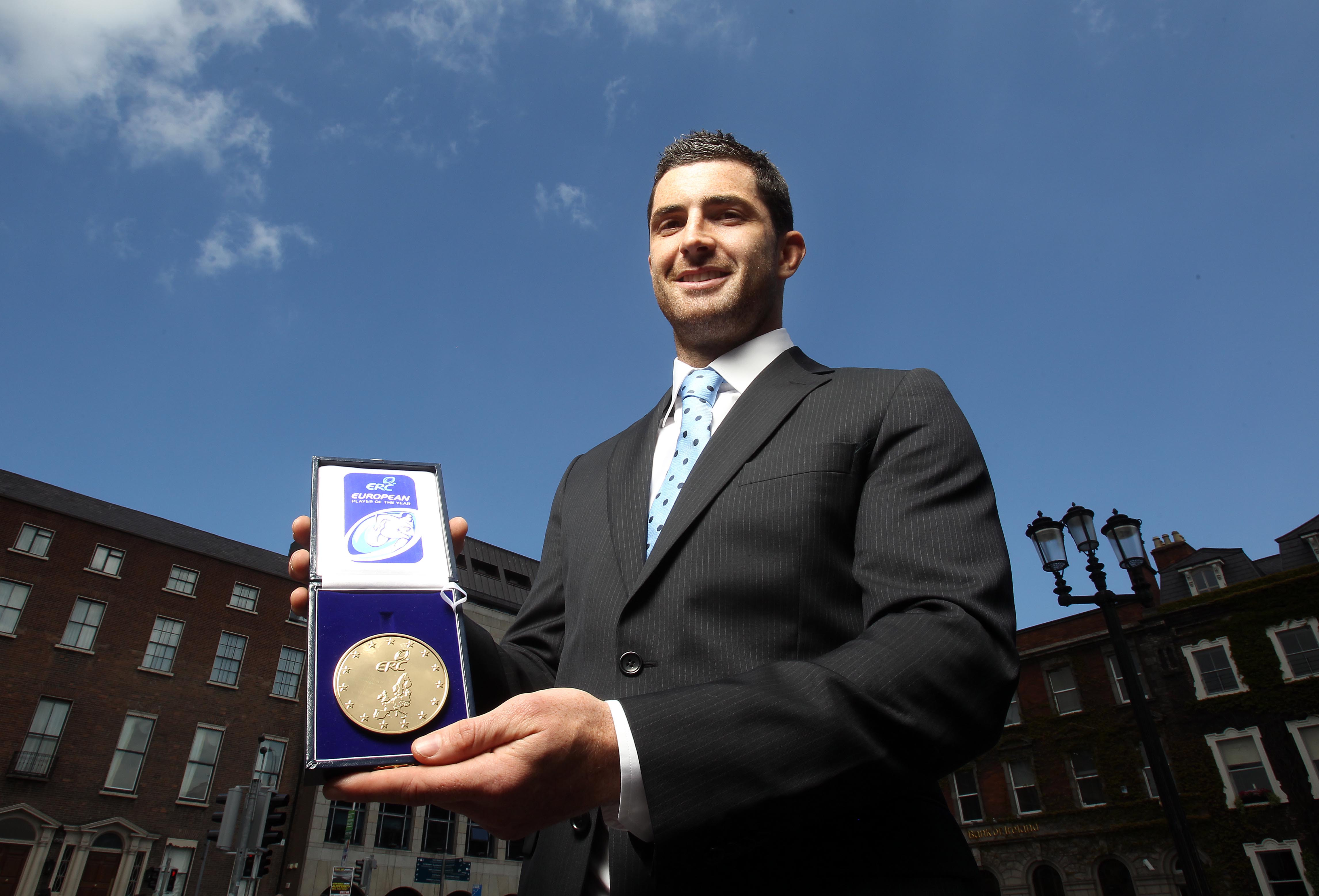 Leinster Rugby full back Rob Kearney with his ERC European Player of the Year 2012 Medal.

The prestigious award crowns an outstanding season for the full-back who started every one of Leinster’s nine European games as the Irish club triumphed in the Heineken Cup for an unprecedented third time in four years. Kearney succeeds teammate, Sean O’Brien, as the winner of northern hemisphere rugby’s ultimate individual accolade.

The 26-year-old scored six tries during the campaign and pushed himself into contention for the honour with a series of high-quality displays in the tournament’s pool and knockout stages.

Kearney scored two tries in the quarter-final victory over the Cardiff Blues, then followed that up by creating a try for Cian Healy and landing a superb drop goal in the thrilling semi-final success against ASM Clermont Auvergne, before playing a key role in Leinster’s record-breaking 42-14 final win over Ulster Rugby at Twickenham Stadium last Saturday.

Kearney was presented with his award, a specially struck gold medal, by ERC Chief Executive, Derek McGrath, at a ceremony in ERC offices in Dublin today (Monday, 21 May 2012).

“Rob was both rock-solid in defence and inspirational in attack during what was another magnificent Heineken Cup campaign for our 2012 champions, Leinster,” said McGrath. “He scored six tries, ran powerfully, kicked superbly and the sheer all-round quality of his performances made him an excellent choice as ERC European Player of the Year 2012.”

“It really is an honour to have won this award,” said Kearney. “While I am delighted with the recognition, an individual player is powerless without the support of his teammates. So I owe this to the Leinster squad, to the management and to all the backroom staff at the club.”

The search for the best player from the 44 clubs in ERC’s two tournaments, the Heineken Cup and the Amlin Challenge Cup, was undertaken by a Judging Panel which comprised of:

The expert panel was presented with a longlist at the conclusion of the pool stages in both tournaments, and after the quarter-finals and semi-finals, that list was pared down to the following five players:

The shortlist was also forwarded to the 44 clubs, and their recommendations, as well as those of European club rugby supporters who voted on Twitter @ercrugby and on the tournaments’ Facebook pages, were factored into the deliberations of the panel which reconvened in London, host city for the two European finals, to complete the selection process. The winner was then confirmed after the finals.

In 2010, ERC launched the highly-acclaimed ERC15 Awards, recognising the efforts of a number of outstanding contributors to the first decade and a half of European club rugby competition. Two-time Heineken Cup winner, Ronan O’Gara (Munster Rugby), was the inaugural recipient of the ERC European Player honour as the best player over the first 15 years of the two tournaments, and last year, Sean O’Brien (Leinster Rugby), was voted ERC European Player of the Year 2011. 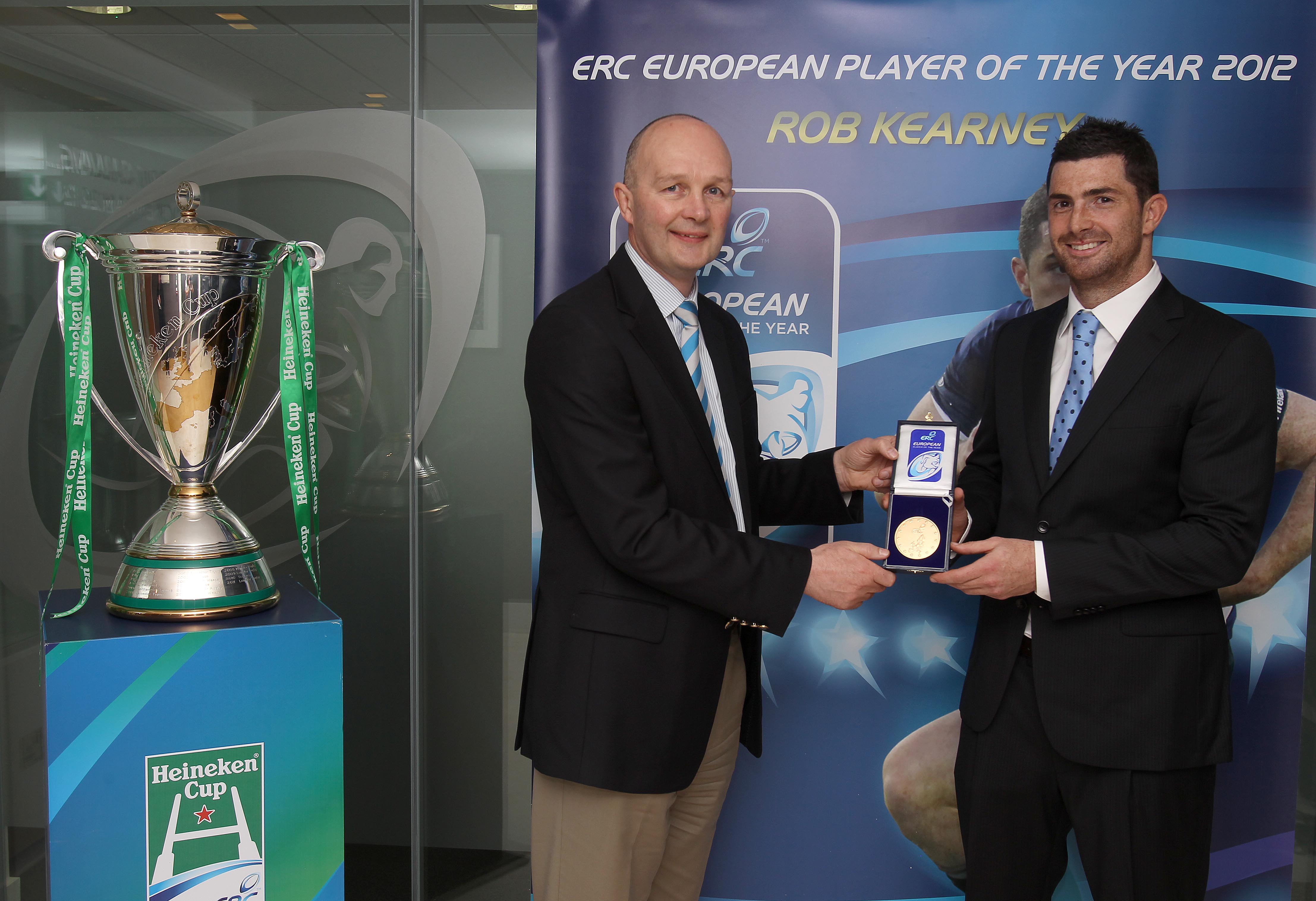