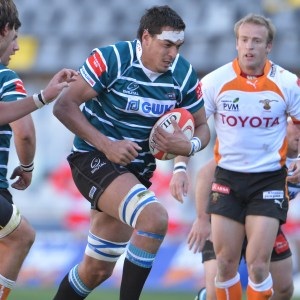 Rory Arnold appeal to be heard on Friday

GWK Griquas lock Rory Arnold has appealed against a guilty verdict for biting delivered by a South African Rugby Union judicial hearing on Wednesday. Arnold’s appeal will be heard on Friday, 6 September 2013.

Arnold on Wednesday was found guilty of contravening Law 10.4(m) following the incident in the team’s Absa Currie Cup clash against the Toyota Free State Cheetahs last Saturday and was given a seven-match suspension. He appeared before a SARU disciplinary hearing in Cape Town on Tuesday.

The player has been suspended from all forms of rugby up to and including 19 October 2013, pending the appeal.