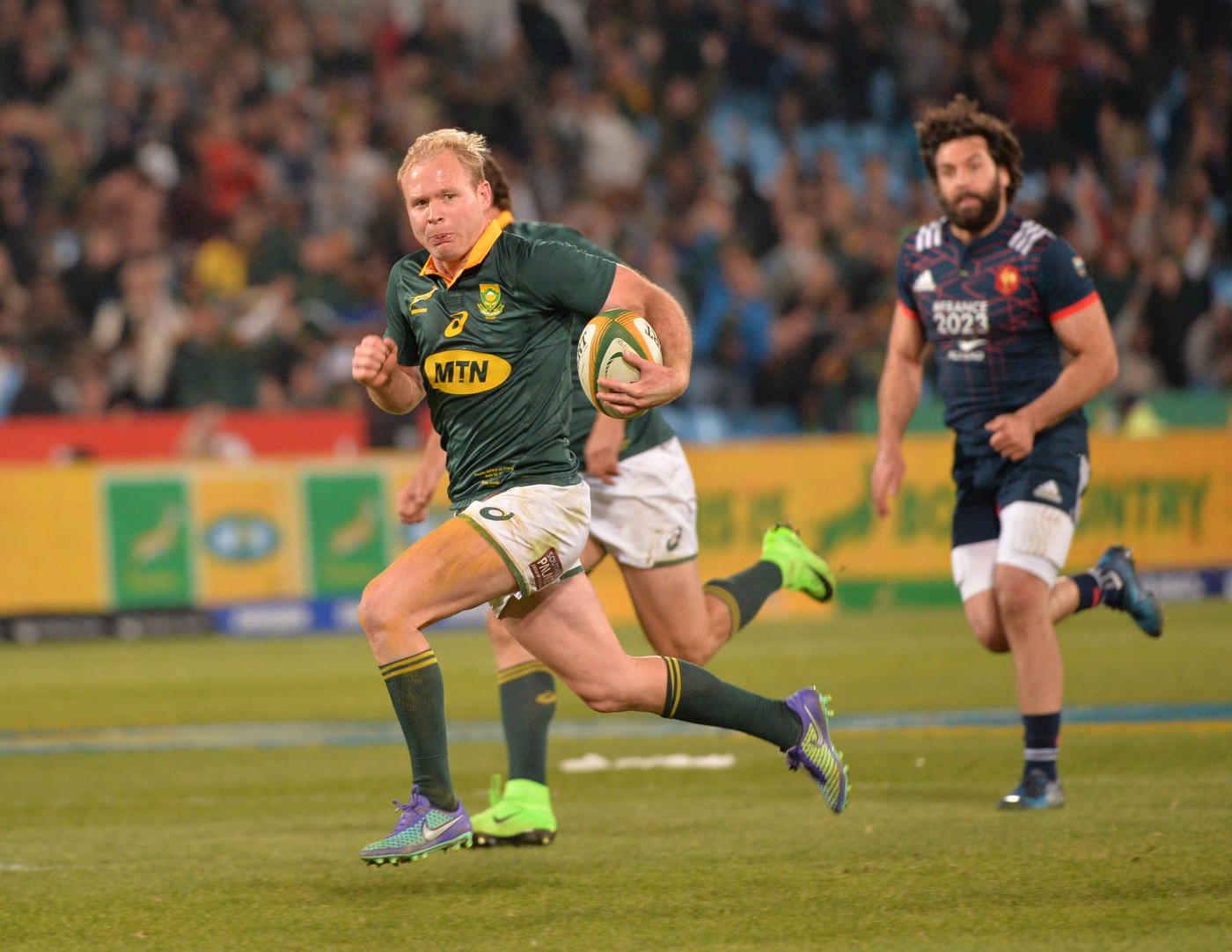 Ross Cronjé has shrugged off his ankle injury and comes back at scrumhalf in the Springbok team for Saturday’s important Castle Lager Rugby Championship Test in Perth against Australia.

Cronjé, who has established himself as the regular No 9 this season for the Boks, missed the away victory over the Pumas in Salta because of an ankle ligament sprain he suffered in the Port Elizabeth match.

He resumes the scrumhalf duties next to flyhalf Elton Jantjies, while Francois Hougaard returns to the bench.

Mostert has been a stalwart for the Springboks and the Emirates Lions this season and gets a break because of his heavy workload.

Du Toit is the current SA Rugby Player of the Year and the big lock is reunited in the second row with Bok captain, Eben Etzebeth, who makes his 60th appearance on Saturday. The 25-year old Etzebeth leads the Springboks for the fourth time this season, while Lood de Jager will start on the bench.

The final change to the match-23 that played in Salta sees the inclusion of experienced flyhalf Handré Pollard amongst the reserves. Pollard, who can also easily slot into midfield if needed, makes his first appearance in a match day squad since the 2015 Rugby World Cup.

Mostert has established himself as the starting No 5 lock this year, and has been a stalwart figure in the Springboks’ five wins so far this season.

“Franco has played an enormous amount of rugby – at Vodacom Super Rugby level, playing club rugby in Japan and starting all of our Tests matches so far this year,” said Coetzee.

“We have to be sensible in managing the workload of certain players, such as Franco. We are fortunate to have a number of very good locks. Pieter-Steph now gets an opportunity to start again, and we know what he is capable of.”

Pollard has fought his way back to full fitness and comes onto the replacement bench. According to Coetzee, Pollard has worked extremely hard to get back into selection frame after another injury sustained earlier this year.

“I am really satisfied with the way he has trained till now and it’s great for the team to have a player of his calibre on the bench,” said Coetzee.

Coetzee praised the hard work and attitude of the squad, which has resulted in five Springbok wins in a row. The Boks scored a 3-0 series win over France in June and defeated Argentina home and away in the opening rounds of the Castle Lager Rugby Championship.

“Even though we travelled to three continents in ten days, this group has the desire to get better, and learn from previous experiences,” said Coetzee.

“The performance in Salta was not perfect, but we are looking forward to the next opportunity to improve as individuals and as a team.”

The Springbok coach again emphasised that the Wallabies will come with a massive challenge on Saturday: “They are a well-coached side, with great deception on attack. Their playmakers and strike runners complement each other very well and we will have to be very sharp on defence.

“If you look at their performances against New Zealand, you will see how well they have functioned in scoring nine tries and 63 points in two matches,” said Coetzee.

The Springbok side to face the Wallabies in Perth: