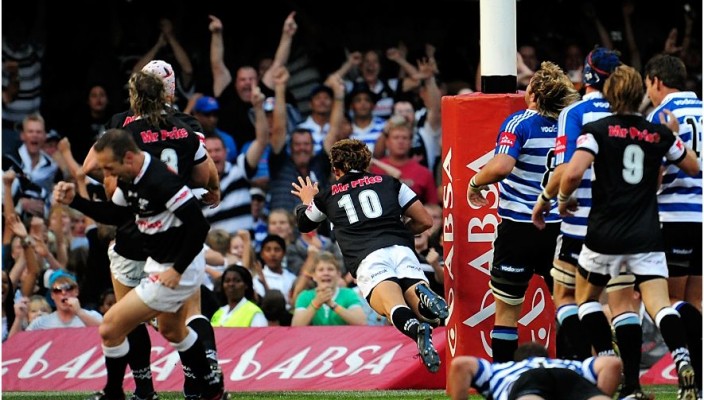 The six Absa Currie Premier Division teams will receive a stark reminder this weekend that every remaining match counts as round two of the series kicks off.

With only eight log points separating log-leaders DHL Western Province from the last-placed GWK Griquas, the competition remains wide open, and is expected to come down to the wire as the final stages approaches, especially given how well the teams know each other.

In Friday’s match, the Toyota Free State Cheetahs meet the MTN Golden Lions in Bloemfontein, and on Saturday GWK Griquas host the Sharks in Kimberley and the Vodacom Blue Bulls take on DHL Western Province at Loftus Versfeld.

The clash in Bloemfontein could be thrilling given the attacking prowess within the Toyota Free State Cheetahs and MTN Golden Lions teams. Despite winning only two of their five matches so far, the Lions lead the try-scoring statistics with the Blue Bulls after crossing the tryline 17 times. This has earned the Johannesburg-based side three bonus points for tries. This will prompt the Cheetahs to pay special attention to their defence, although the Bloemfontein side will also look to the likes of Raymond Rhule and Sarel Pretorius to spark some magic on attack. That said the battle up-front will be big as both sides boast tough packs. The Lions, in particular, have bulked up their front row by naming former Bulls prop Bees Roux alongside physical hooker Willie Wepener and CJ van der Linde to increase their power in the scrums. Cheetahs coach Naka Drotske made only two changes to his starting team that went down 26-10 against the Blue Bulls last week with lock Waltie Vermeulen and No8 Davon Raubenheimer replacing the injured Lood de Jager and Philip van der Walt respectively.

GWK Griquas vs The Sharks

GWK Griquas will look to make the most of their home ground advantage when they line up against the Sharks in Kimberley where the Durban side went down 22-15 last season. The hosts will also take comfort from the fact that they pipped the Sharks 32-30 in their round-one clash. The Durban team, however, have looked like a force when things click, and will look to achieve this with an eye on reclaiming the top spot on the log. They will also aim to expose Griquas’ permeable defence as the side have leaked 16 tries in their five matches. Both teams welcome back key locks for the clash, with the talented Pieter-Steph du Toit earning his first Currie Cup start this season after an injury layoff, while Rory Arnold has been included in the Griquas engine room after being cleared of biting during their clash against the Cheetahs two weeks ago. Griquas have also recalled star players Nico Scheepers and JP Nel into the starting team.

The battle of Loftus Versfeld is expected to be epic as the Vodacom Blue Bulls and DHL Western Province go-head-to-head. A victory for Western Province would in all likelihood keep them in pole position on the log table, while a victory for the Pretoria team would allow them to close the gap between themselves and the pace-setters after winning only two of their first five matches. The last time the teams met was in the opening round of the competition, which saw them play to a 24-24 draw. This clash is expected to be equally tight, as both teams rely heavily on their forwards to get on the front foot. With regular Western Province skipper Deon Fourie injured, lock De Kock Steenkamp will lead the team alongside debutante lock Taz Fuzani, who made a name for himself in the FNB Varsity Shield competition. Utility forward Michael Rhodes, meanwhile, moves into the loose trio. Blue Bulls coach Pine Pienaar recalled centre Ulrich Beyers into the starting team, with Waylon Murray dropping to the bench, while scrumhalf Rudy Paige will start in place of Ruan Snyman who has been released to play rugby in France.
Vodacom Blue Bulls: Jürgen Visser, Sampie Mastriet, Ulrich Beyers, Francois Venter, Akona Ndungane, Handré Pollard, Rudy Paige, Jono Ross (capt), Jacques du Plessis, Wiaan Liebenberg, Grant Hattingh, Paul Willemse, Frik Kirsten, Mbongeni Mbonambi, Marcel van der Merwe. Replacements: Bandise Maku, Dean Greyling, David Bullbring, Jacques Engelbrecht, Lohan Jacobs, Waylon Murray, Clayton Blommetjies.