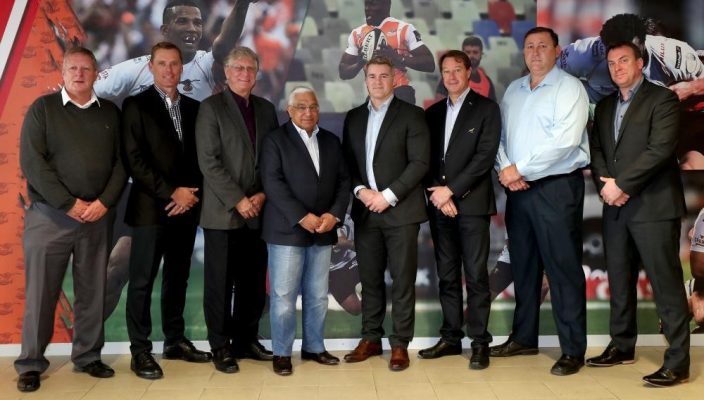 South African rugby’s relationship with the Guinness PRO14 has been further reinforced with the inclusion of SA Rugby CEO Jurie Roux and Director of Rugby Rassie Erasmus on the PRO14 Rugby Board.

The Guinness PRO14’s expansion this season to include the Toyota Cheetahs and the Southern Kings to become the only club championship in world rugby to unite the Northern and Southern Hemispheres has been re-inforced by the appointments.

“To have the CEO and the Director of Rugby of another Tier 1 nation join the Board is another important step forward for the PRO14 Rugby and for the relationship with South African rugby,” said Anayi.

“We have made great strides this season in expanding into a new territory in keeping with the DNA of the championship as a pioneering cross-border competition and these appointments only serve to re-inforce that progress.”

Roux said: “Our expansion into the Guinness PRO14 in 2017 heralded a new era for South African rugby and was one of the most exciting new ventures in a long time in our game.

“I am looking forward to working even more closely together with our friends from Wales, Scotland, Ireland and Italy as rugby moves closer to a global calendar and the game becomes even more accessible to new and untapped markets.”

Erasmus, who coached Irish province Munster Rugby, said: “I had the privilege of coaching in the Guinness PRO14, and it found it to be very competitive and hugely popular. To serve on the Board will be a great honour and I am looking forward to working with the other directors.

“The competition has opened a new door to South African players and coaches, with our two franchise teams playing against some of the best players in Europe on a weekly basis and in very different weather conditions. We can only benefit from our involvement in this competition.”