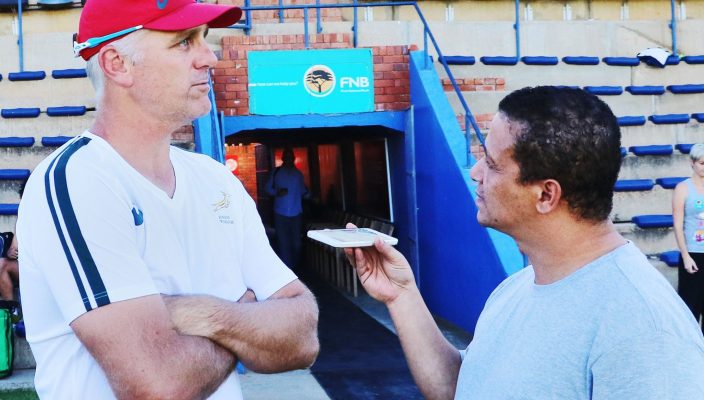 Junior Springbok coach Chean Roux made three changes to his squad for South Africa U19 team’s tour to Georgia in November as Emile van Heerden (lock), Celimpilo Gumede and Evan Roos (both looseforwards) were forced to withdraw due Vodacom Super Rugby commitments with the Cell C Sharks.

The tour, which will feature matches against the Georgia Under-19 team on Monday, 2 December, and Thursday, 5 December, will replace the annual Under-18 and Under-19 assessment camps usually hosted by the Junior Springbok coaching staff with an eye on selecting the SA U20 training squad for the World Rugby U20 Championship.

The withdrawal of Van Heerden and Gumede from the squad means that the number of capped Junior Springbok World Rugby U20 Championship players in the 30-member squad is reduced to four. They are Jaden Hendrikse (scrumhalf), Zwelendaba Mnombo (centre), Sibusiso Sangweni (flanker) and Thabiso Mdletshe (prop).

“The Junior Springbok team is the stepping stone to senior provincial rugby and the Springbok team, so we are pleased to see Celimpilo, Evan and Emile being drafted into the Cell C Sharks’ training squad,” said Roux.

“Their withdrawal of from the squad will give Dylan, Lindo and Willem a chance to show what they have to offer at this level, which is in line with the purpose of this tour.

“Dylan played for the SA schools team, but this will be a step up for him, and this experience will be new territory for Lindo and Willem, as well a large number of other players in the squad, which is very exciting for the players and for us as coaches.”

The squad will gather at the Stellenbosch Academy of Sport on Sunday, 24 November, to begin their preparations for the tour, while they will depart for Tbilisi on Wednesday, 27 November.