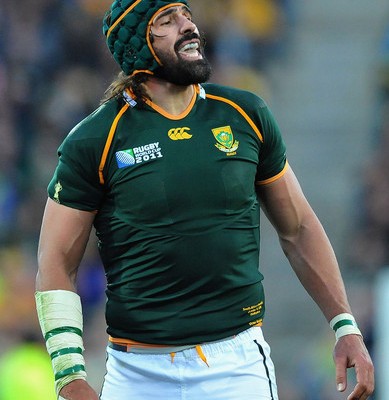 Mitsubishi Motors South Africa is excited to announce Victor Matfield as the new player to their team in the position of brand ambassador.

Mitsubishi SA has brought legendary value back to the market by introducing limited special edition models of the Pajero Legend II, and in an attempt of a superb charge-down, Mitsubishi SA now also sponsors legendary Springbok lock Victor Matfield.

The Pajero Legend II builds on the success and global celebration of Pajero’s impressive motorsport history of 12 world-record Dakar Rally victories, of which seven had been won in consecutive years.

Braam Faul, National Marketing Manager of Mitsubishi Motors South Africa, said: “We chose to partner with Victor because we found an integrity that we could relate to. We share values of rectitude and toughness and are always striving to improve our performance.”

Victor Matfield began his Springbok career at the age of 24 and was widely regarded the best lock in world rugby during his decade of playing for the Springboks. He has played more Green and Gold rugby than any player. Matfield has captained the Vodacom Bulls to three Vodacom Superugby titles in 2007, 2009 and 2010, the Tri-Nations in 2004 and 2009 and the Rugby World Cup in 2007. In 2008 he was inducted into the University of Pretoria Hall of Fame.

Matfield is known for his size and athleticism, which cannot be overlooked. There’s tough, and then there’s playing 74 minutes of a brutal test match with a broken rib. That’s exactly what Matfield did in 2010 against England at Twickenham.

Regarding his partnership with Mitsubishi SA, Matfield said: “I am proud to represent Mitsubishi and look forward to a successful working relationship. The off-road credentials of the Pajero Legend II are class-leading and perfect for my family and I to enjoy while being completely synonymous with Mitsubishi.”

Matfield’s impressive career earned him numerous accolades, including that of the most capped Springbok in history, having played a record 127 Tests. Matfield is also a six-time nominee for the SA Rugby Player of the Year (2001, 2005, 2006, 2007, 2009 & 2011) and has been labelled the greatest lineout general in rugby history, and for good reason.