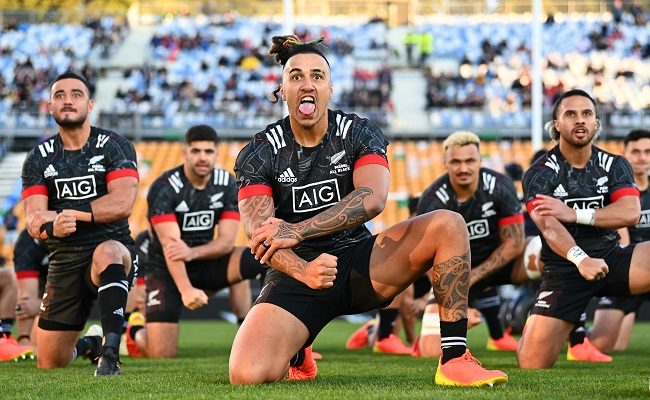 CEO Mark Robinson has extended all of rugby’s condolences to Wainui’s wife Paige, their children Kawariki and Arahia, and their wider whānau on what is a dark day for rugby.

“Our thoughts are with Sean and his whānau, particularly Paige, Kawariki and Arahia, and we offer them our full support at what is the most difficult of times. We know Sean’s passing will be felt deeply by everyone involved in rugby, particularly his Bay of Plenty and Chiefs teammates, and we share their sorrow and their shock.

“We ask that media give the Wainui whānau space to grieve as we all reflect on a young life that has ended far too early.”

“Today rugby is mourning one of our Rangatira, but our first thoughts are with Sean’s whānau. They have lost a father, a husband, a brother and a son and we share their grief and their tears.

“As a player we all saw what this young tāne was capable of and the passion and talent that he brought to the teams he represented, but we also saw a role model for young Māori, a caring father who was passionate about his culture, his language, and his identity. He will be sorely missed.”

Wainui, who was 25, was one of New Zealand’s brightest stars on and off the field having carved out a career that included representing the Māori All Blacks, Chiefs, Crusaders, Taranaki and Bay of Plenty with distinction.

Of Ngāi Tūhoe, Ngāti Porou, Ngā Ariki Kaipūtahi and Te Āitanga a Māhaki iwi, he was a vocal advocate for Te Reo Māori, proud of his Māori heritage and especially passionate about his whānau.

Wainui was born in the small settlement of Whatatutu near Gisborne and raised in Auckland before attending Takapuna Grammar School where he was a stand-out as captain of the first XV before making his debut for Taranaki in 2014, while still a teenager. A year later he won the Junior World Championship with the New Zealand Under 20 team, earned his first Super Rugby contract with the Crusaders, and represented the Māori All Blacks for the first time.

He joined the Chiefs in 2018 and became a fan favourite either in the midfield or on the wing where he broke the record for number of tries in a Super Rugby game with five against the Waratahs earlier this year. This season he had joined Bay of Plenty for the Bunnings NPC.

“Sean was an incredibly talented individual and held a great amount of mana among his fellow teammates and the wider rugby community. He epitomised everything you could possibly ask for in a player. He will be remembered for being a passionate, hard-working, proud Māori who was an exceptional player but more importantly father and husband.

“He was an influential member in the teams he has been a part of, and his presence will be missed. Our sincere condolences to Paige, Kawariki and Arahia and his wider whānau at this difficult time. We are offering them our full support along with our players and staff.”