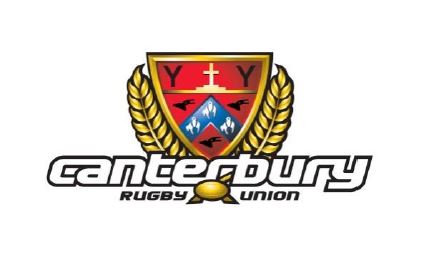 Rugby continues to be the sport of choice for thousands of Cantabrians, with over 14,540 men, women and children registered with the Canterbury Rugby Union to play the game this year. Canterbury Rugby’s General Manager of Community Rugby, Tim Gilkison, said that is a slight increase on last year’s participation rate (14,402).

“It is pleasing to see that rugby is as popular as ever in Canterbury.  The largest increase has been in the open grade, with players aged 21 years and over increasing by 6 percent from last year.  The under 12 year old age group has seen a slight increase of about 1 percent, which comes on top of a 16 percent increase in 2012,” Mr Gilkison said.

“The only decrease is in the 13 – 20 year old age group, which is where we face the challenge of retaining players as they transition out of school.  However that decrease is minimal and is in reality just 69 fewer players than we had last year.”

Mr Gilkison thanked the players, coaches and volunteers who support rugby in Canterbury: “We focus a lot on player numbers because they are obviously essential to the ongoing success of the game.  But there are also a great number of people working behind the scenes to keep this sport thriving in Canterbury, and we are extremely grateful for their time and efforts.

“Our local fans and supporters are also an essential part of the equation, and we are fortunate to have some of the best in the country here in Canterbury.  We are hopeful that we can retain this support base, as well as increasing participation further in 2014,” Mr Gilkison said.

Nationally, a total of 148,483 men, women, and children have registered throughout New Zealand to play rugby this year, slightly down (1 per cent) on the high of 2012 but representing a 5 per cent rise over five years. NZ Rugby General Manager of Provincial Union and Community Rugby, Brent Anderson, said it was pleasing to see the number of players enjoying rugby who are under 13 and over 21 in line with the record high numbers of 2012.

“We have seen good momentum at most levels of the community game in recent years and it’s great to see the number of players taking to the field in line with the peak of 2012.

“We don’t take anything for granted and continue to work hard to encourage more people into the game. One such area of opportunity is teenage participation which has declined nationally by more than two thousand over the past five years,” said Anderson.  “We’re working hard across rugby to better understand what motivates teenagers to keep playing rugby and what the barriers are to them staying involved. It’s a big priority for us.”