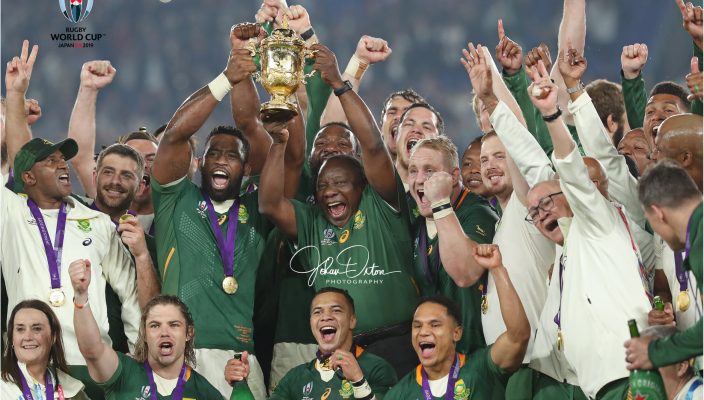 The game-changing Rugby World Cup 2019 in Japan has achieved another landmark by winning the ‘Outstanding Production Achievement – Event’ category at the SVG Europe TV Awards, announced in an online ceremony on 27 May.

With World Rugby producing the coverage in-house for the first time, in partnership with IGBS, RWC 2019 in Japan was the most watched rugby event ever with more than 857 million people around the world watching the action via World Rugby’s network of rights-holding broadcast partners, an increase of 26 per cent from the previous tournament in England in 2015.

Asia’s first Rugby World Cup saw cumulative live audience grow from 479 million in 2015 to 501 million in 2019 to create a groundbreaking impact for the sport in Asia and around the globe. Audience growth was driven by the Asian market and, in particular, Japan, where the Brave Blossoms’ performance captured hearts and minds. In Japan, a total cumulative audience of 425 million tuned into RWC 2019, more than five times the Japanese viewership for England 2015.

World Rugby Chief Operating Officer and Head of Rugby World Cup Alan Gilpin said: “The decision to take the broadcast ‘in house’ with a dedicated Host Broadcaster for the first time was rewarded with a very high quality production in partnership with IGBS. This achievement is testament to the passion, talent and dedication of our staff and partners involved in the delivery of what will be remembered as one of the greatest Rugby World Cups of all time.”

World Rugby Chief Marketing Officer Marissa Pace added: “We are grateful for this award. Everyone worked tirelessly to put this production together and the output speaks volumes for the creativity, imagination and storytelling that we were able to convey in the broadcasts for Rugby World Cup 2019. The objective was to engage the audience in innovative ways to create new rugby fans, and to capture the imagination of millions around the world who watched in record numbers. We thank our production partners, IGBS, without whom we could not have accomplished our vision.”

Dan Miodownik, IGBS Executive Producer for the project said, “It’s a real honour to receive this award, especially for an event that was as special and eventful as this one was. From a broadcast perspective this tournament consisted of a number of firsts, with UHD, multifeeds, a media server, local and virtual IBCs amongst them, all designed to add value to the rights holders broadcast plans and to ease the demands on their operations. Like rugby, broadcast is a team event, and given the truly challenging circumstances it would not have been possible without everyone working together.”