Bloemfontein – It has been nearly twenty-five years since the All Blacks beat Italy 70-6 on 22 May 1987 at Eden Park, Auckland, New Zealand in the very first IRB Rugby World Cup match ever played. The Springboks however were unable to compete because of the international sports boycott due to Apartheid. In this area where the Springboks were unable to play international Rugby, many legends came and went without being able to compete at the games highest level. The annual Springboks vs. Junior Springboks game and the North vs. South game was as close as well came to test Rugby for many years.

In honour of our Springboks past and present, we are going to start a Rugby15 Springbok Hall of Fame. We will be working on it as part of our build-up to the 2011 IRB Rugby World Cup in New Zealand. The first fifteen inductees are Springbok Legends that never got an opportunity to play in a World Cup.

This does not go on how many tests played, tries scored. It will be on what they meant to the Springbok Rugby, both on and off the field. A few of the old timers only played Junior Springbok Rugby, however after their retirement they remained actively involved in Bok Rugby.

We are very excited about this project and hope you will be as well.

We would love your input as well. Please feel free to name players, your reasoning for Hall of Fame status. Each name provided will be thoroughly researched and considered.

Thank you for all your support 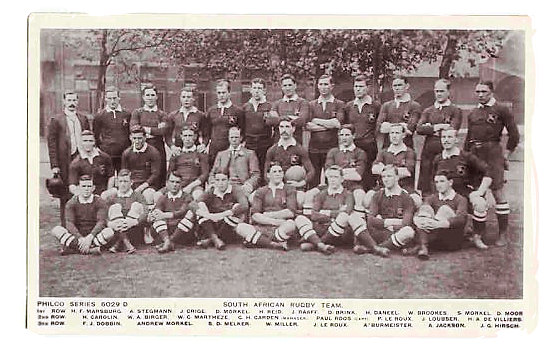