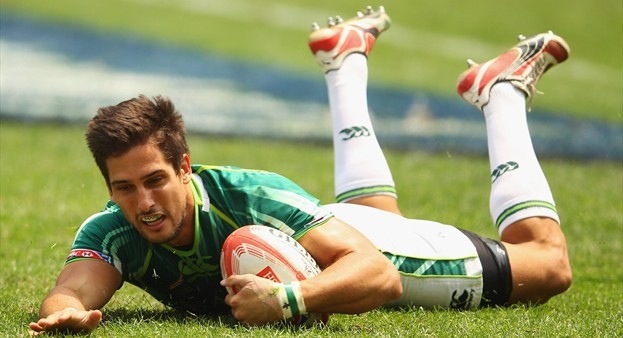 Springbok Sevens head coach Neil Powell and Kenya Sevens coach Paul Treu have both been forced into changes ahead of the upcoming Cell C Nelson Mandela Bay SA Sevens, round three of the HSBC Sevens World Series in South Africa.

For the hosts Stephan Dippenaar has been ruled out with a hamstring injury and his replacement will be named on Tuesday. Dippenaar and Jamba Ulengo (foot) were ruled out of action on Saturday in Dubai, while Frankie Horne sustained a leg injury in their 26-12 semi-final victory over England.

“We have players in mind but will announce that on Tuesday morning. Stephan and Jamba flew back to Cape Town already (on Sunday) where they will both see specialists,” said Powell, who also indicated there is a possibility that Ulengo might still be able to play in PE.

“We believe Jamba has a 50/50 chance to play, but we will not take any chances. Frankie took a knock on his leg and we will see how he reacts to treatment before making any decision,” added Powell, whose side lost only one match in Dubai, the Cup final against Fiji 29-17.

Injury and study commitments have both had a hand in Kenya’s selection for the tournament in Port Elizabeth on 7-8 December, where they play pool games against the South Africans as well as Canada and Spain.

Philip Wamae and Michael Wanjala are unavailable due to injury, while Patrice Agunda must sit exams.

Their places in the Kenya team are taken by Davis Chenge, Billy Odhiambo and Dan Sikuta.