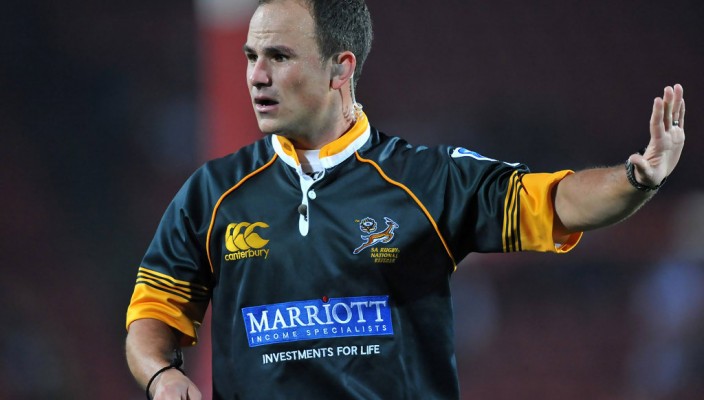 World Rugby announced the match officials for the men’s 2021 Guinness Six Nations which runs from 6 February to 20 March.

The appointments were made following a thorough review of performances and with likely ongoing travel and quarantine restrictions in mind, said World Rugby.

Nine referees will feature across the Championship with Matthew Carley (England) taking charge of the opening match between Italy and France in Rome on 6 February.

Peyper, South Africa’s most experienced Test match referee, will be the man in charge when England host France on 13 March at Twickenham in London, with compatriot Van der Westhuizen managing the Television Match Official duties.

The London Test encounter will see Peyper taking charge of his first international match in more than a year as a result of the Covid-19 pandemic travel restrictions.

The SA duo are also scheduled to perform the same duties a week later, on 20 March, when Scotland play Italy at the BT Murrayfield Stadium in Edinburgh.