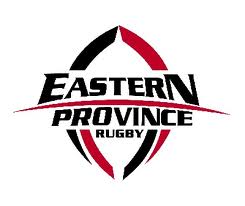 SA Rugby confirmed on Thursday that it had assumed administrative control of the Eastern Province Rugby Union (EPRU).

Mr Monde Tabata, an independent member of the SA Rugby Executive Committee, has been appointed to the role of administrator.

The decision to action the intention of the SA Rugby Executive Council was taken after consultation with EP President, Mr Cheeky Watson, and with the union’s co-operation. A letter formally advising EP of the intention was delivered to the union on Monday.

“The Executive Council determined to step in some time ago but without the consent of a union it is impossible to practically take such action,” said Jurie Roux, CEO of SA Rugby. “We have now reached that point and trust that our intervention can assist in regularising the situation.”

Roux said that SA Rugby’s intervention did not mean that the mother body would provide new funding for EP.

“We will be working with all stakeholders to find solutions to EP’s problems but we do not have a magic wand and there are months of hard work ahead,” said Roux.

“We have already had conversations with interested parties but it would be premature to say much more right now. We are working for the interests of rugby in the Eastern Province and will do everything to help them bet back on their feet.”

Mr Watson said that the decision had been confirmed in consultation with EP and that he and his union would fully co-operate with SA Rugby.

“I invited SA Rugby in to assist with the Southern Kings and have done so with EP,” said Mr Watson. “We will do everything in our power to assist in SA Rugby in their work.”

Mr Francois Davids, a member of the SA Rugby Executive Council and a former president of Boland, has been appointed as an interim chairman of EPRU committees.