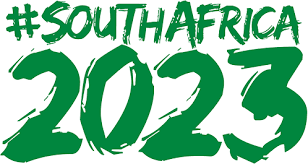 A SA Rugby Sevens Academy Under-17 squad was selected after the recent Interprovincial Sevens tournament for U17s in Kimberley, and will participate in a training camp in Stellenbosch and play in the Assupol Sevens, to be held at the Markötter Fields in Stellenbosch on 29 and 30 October.

In total, 25 players were invited to the training camp from 23-30 October in Stellenbosch. Two SA Rugby Sevens Academy Under-17 sides will then participate in the Under-17 section of the Assupol Sevens, which will also see age group teams from Argentina and Namibia compete at the tournament.

Western Province, who were crowned champions in Kimberley last month, have six representatives in the squad and the Golden Lions and KZN three each.

“This is an important camp for us,” said SA Rugby Sevens Academy Manager, Marius Schoeman.

“We have identified the players who impressed us in Kimberley and now have an ideal opportunity to work with them in camp. It is important for us to equip these players, talented as they are, with the necessary skills and tools to compete at the highest level.

“Sevens has become a specialised code and has specific skills in crucial areas, something we need to work on with these boys. We have established the Academy as a good pathway for our best young players into the senior Springbok Sevens side and a lot of these players have the potential to become Blitzboks in the coming years.

“That is why it is important for us to improve the areas where they are lacking and to expose them to the demands and mindset of sevens rugby. At the culmination of the camp, we will also play some competitive teams in the Assupol Sevens and that will also provide us with the opportunity to measure our progress.”

The invited players are: