SA Schools clinch series with win against England Under-18 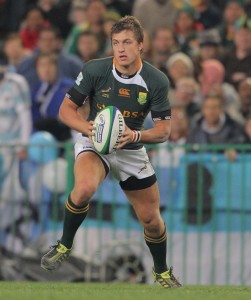 The South African Schools team remained undefeated in the International Under-18 series after beating England 36-29 at UWC Stadium in Bellville on Saturday.

They earlier in the series beat France in Wellington and Wales in George.

In an earlier match, France and Wales played to a 13-all draw.

In a very physical affair in Bellville, the accurate boot of captain and flyhalf Handrè Pollard was instrumental in his side’s win. Pollard kicked five penalties and three conversions in the win and scored a great try himself after fooling the England defence with a dummy pass.

The English side played enterprising rugby at times and scored five tries, but were led down by ill-discipline. Pollard not only punished them on the scoreboard, they also lost lock Charlie Ewels to a red card after he conceded two yellow cards during the match.

Pollard kicked his first penalty in the opening minutes, before England scored through winger Josh Watkins. They created an overlap to put the strong running player in space and there was no stopping him after that.

The SA Schools captain then scored under the posts and converted to give his side the lead. He missed two penalty kicks at goal, but after Ewels was shown his first yellow, Pollard kicked his third of the afternoon.

England did score thanks to good driving play by their pack, but a great individual try by midfielder Rohan Janse van Rensburg edged the SA Schools ahead again shortly after. The strong centre crashed through a couple of defenders from 25 meters out.

Pollard kicked the conversion to give the SA team a20-10 lead at the break.

England scored through centre, Tom Stephenson, but the home side struck back from the kick-off, working winger Sergeal Petersen over in the right corner. Pollard duly converted and kicked another penalty as Ewels was send-off.

England did score twice, the last one by Zach Kibirige as the hooter went.