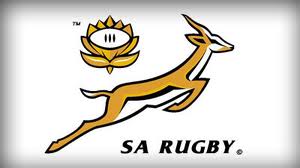 SA Schools coach Lance Sendin reshuffled his pack for their second clash in the U19 International Series against France at Paarl Gymnasium on Tuesday, which will see a new front row and flank combination take to the field.

Sendin made six personnel changes and two positional switches to the SA Schools team – sponsored by Coca-Cola – that went down 30-28 against Wales in Stellenbosch, with props Jordan Clarke and Asenathi Ntlabakanye pairing up with hooker Fezokuhle Mbatha in a new front row.

Meanwhile, lock Adrian Alberts has returned home due to a concussion, but with sufficient cover among the forwards, Sendin opted to call up Pumas and Hoërskool Nelspruit flyhalf Stephan van der Bank as cover. The injury to Alberts means that the bench will feature 12 players, although only eight replacements may be used during the match.

“The changes we made are mainly given players a chance to start so that everyone in the squad receives a fair chance to show us what they can do,” said Sendin.

“By maintaining player combinations in the backline, however, it offers us some continuity in selection as well.

“We have to perform much better on defense, and that is something we have worked on this week. Our attitude on defense is very important and with that comes first-time tackling, while we also have to make better use of our chances on the attack.”

Sendin expected a tough battle against France, who went down 24-8 against England last Friday and said: “France are a physical side so we are expecting a big onslaught from their forwards. They also like to spread the ball wide and they have a good kicking game, so they will test us.”

Entrance is free to Tuesday’s matches, but vehicles will be charged R20 to park inside the school ground.