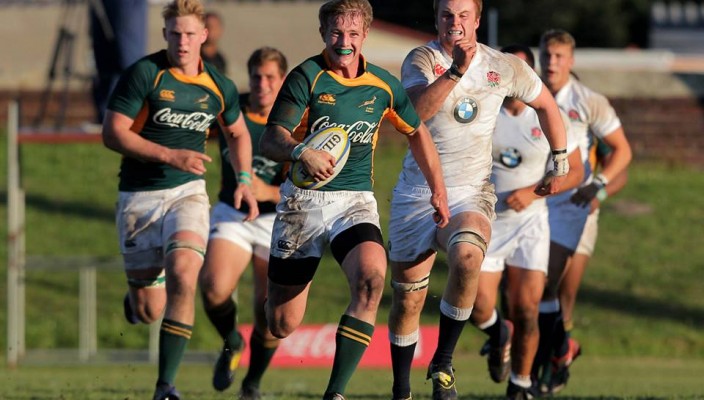 Loading...
July 21, 2014
SARU has announced a squad of 55 school boy rugby players to attend the SA Schools trials on Saturday, 26 July at the Barnard Stadium in Kempton Park, Johannesburg.The SA Schools trial squad was selected by the national selectors following the conclusion of the Under-18 Coca-Cola Craven Week in Middelburg. The trials in Kempton Park will assist the national selectors to finalise the 28-man SA Schools squad for next month’s series of international matches featuring France, Wales and England.In the last four years the SA Schools team, which is sponsored by Coca-Cola, participated in the series with great success by remaining unbeaten.

With a healthy rugby development system in SA, they will look to repeat this feat for the fifth time in August following the decision by the English, French and Welsh Under-18 teams to return to SA this year.

The SA Schools team will face France in their first match of the series at the City Park Stadium in Cape Town on August 15, Wales at Outeniqua Park in George on August 19, and England at the Paul Roos Markötter ground in Stellenbosch on August 23.

The trial group consists of 23 backs and 33 forwards and includes two players who starred at the Under-18 Academy Week in Worcester recently, Boland flanker Jurie Fick and Lions number eight Hacjivah Dayimani.

“This large group of players caught the attention with their exciting skills during another excellent Under-18 Coca-Cola Craven Week.

All of them now have a final chance to impress the selectors, who have the difficult task to select just 28 players for the upcoming youth internationals,” said SARU CEO Jurie Roux.

Roux added: “Over the years we have seen many players graduate from the Coca-Cola Youth Weeks to the SA Schools team and then to either to our provincial unions or the Springbok team. We believe this tough competition for our school players will ensure that they are adequately prepared for the demands and challenges of international rugby in future.”

The following players will attend the SA Schools trials on Saturday in Kempton Park, Johannesburg: