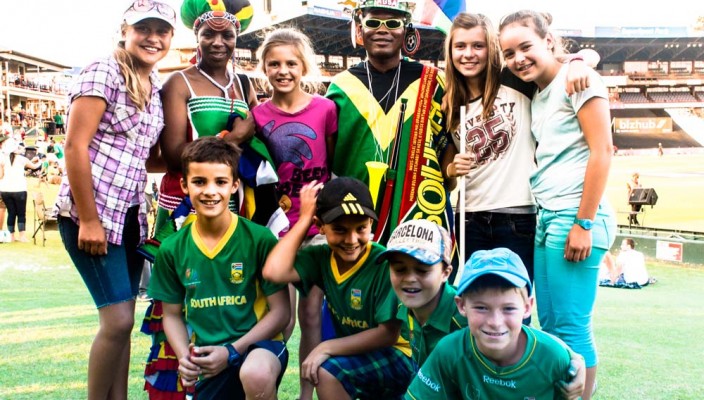 SA Schools u18 team begins preparations for International U18 series

The squad gathered in Cape Town on Sunday and had two high-intensity field trainings sessions on Monday under the guidance of coaches Chris October and Roean Bezuidenhoudt to kick off their preparations.

The intensity of their training sessions lifted a notch on Tuesday despite the glum weather in Cape Town, as they look to emulate the team’s success last season, in which they won all three of their matches against the same teams.

The SA Schools team will face England at the City Park stadium in Cape Town on Friday in their opening match. This will be followed by clashes against France in George and Wales in Wellington next Tuesday and Saturday respectively.

October was delighted with the quality and intensity of the team’s first few training sessions and said he looked forward to their opening clash.

“I am pleased with our early preparations,” said October. “The foundation has been laid for the tournament, so now we have to build on this as the week progresses. It is pleasing to see the players’ commitment and it is fantastic to have SA Under-20 coach Dawie Theron with us as he provides good guidance.

“It is also fantastic to have Jacques Nienaber assisting. His reputation and track record speaks volumes, and to have one of the best defence coaches in the world working with these players is a treat. SARU has really taken us by the hand this year with the professionals they have brought in to assist, and I’d like to thank them for that. I am looking forward to the series.”

Having had sufficient time to work with his squad, October was pleased with the attitude among the players and had high hopes for them.

“Our motto is ‘boots on switch on’ so the players know they have to work as hard as they can when they train because we expect the same attitude during the matches,” said the coach. “The squad is focused on the task at hand and all of the players are hungry to learn, which is fantastic because this is a golden opportunity for them. One of our main objectives is to create an environment in which they will feel free to showcase their talent and make their presence felt, and I believe we will achieve that.”

Unfortunately injuries ruled Western Province hooker Daniel du Plessis and lock JD Schickerling out of the squad, which resulted in call-ups for RG Snyman from the Blue Bulls and the Valke’s Marco Janse van Vuren.

There were, however, two new niggles on Monday with Boland centre Leolin Zass and Eastern Province fullback Malcolm Jaer picking up groin strains. A final call on their fitness will be made later in the week.

Meanwhile, England and Wales arrived in Cape Town on Tuesday morning, while France touched down in SA this past weekend. The Italian under-18 team also arrived in SA over the weekend and will participate in a series of matches against the Western Province, Boland and SWD Coca-Cola Craven Week teams.