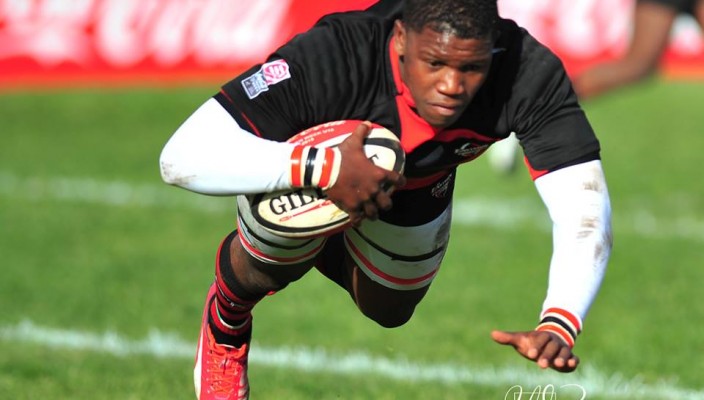 SA Schools coach Hein Kriek and his SA Schools A counterpart Lance Sendin on Thursday named their teams for the opening round of matches in the Under-18 International Series at the City Park Stadium in Crawford on Friday.

The SA Schools team will face Wales at 16h00 and the SA Schools A team will go up against Italy in the opening match of the day at 12h00. In the other fixture England and France will battle it out at 14h00.

With the bulk of the 26-man SA Schools squad being made up of players from Western Province, who registered the highest score in a the final match at the Coca-Cola Craven Week last month with their 95-0 win against Eastern Province, Kriek had the luxury of selecting a few settled player combinations.

The tight-five, with the exception of Blue Bulls loosehead prop Cabous Eloff, are all members of the triumphant Western Province team, while their Craven Week captain Ernst van Rhyn, will lead the side against Wales from the side of the scrum.

Bosch and Papier, meanwhile, were both in the squad last year and should be familiar with each other’s style of play.

With the Under-18 International Series serving as a platform to expose young players to top-class rugby from a young age, all six teams will field squads larger than the standard 23 players.

Kriek said his team was excited ahead of the tournament and he hoped that the familiarity among the players would give them an edge, but he was under no illusions about the challenge.

“I am pleased with the quality of our training sessions since the squad assembled and it was fantastic to see them gel as a team in such a short time,” said Kriek. “Hopefully they will be able to transfer this positive attitude on the field from the outset, as we are playing against quality teams who have come to South Africa to make their presence felt.

“Unfortunately we suffered our first defeat in four years in the Under-18 International Series against England last year, so it is important for us to hit the ground running from our opening match against Wales. We tried to keep some combinations together from the Coca-Cola Craven Week as we only had a few days to prepare for the clash against Wales, and we hope that it will pay off.”

Captain Hendré Stassen will join forces with PJ Steenkamp at lock, while props Abram Venter and Ignatius Prinsloo, and hooker Andre Lategan will complete a tough tight-five, who will be expected to lay a strong foundation up-front.

SA Schools A squad to face Italy U18: