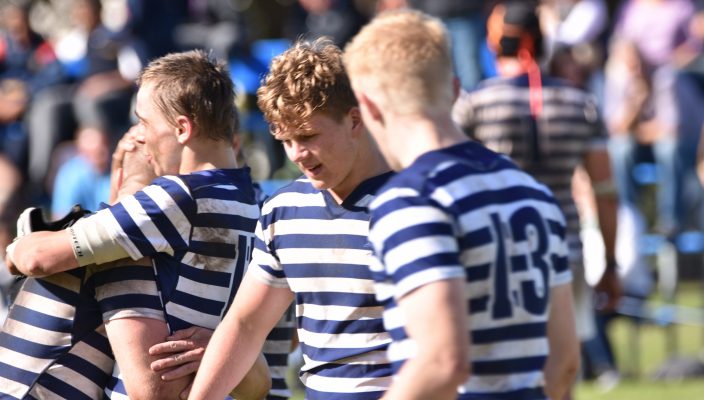 SACS,one of the oldest schools in South Africa, are gearing themselves up for an exciting trip to the Eastern Cape when they compete in the Pam Golding Properties Graeme Rugby Day in Grahamstown for the first time on Saturday (March 16).

Officially called South African College Schools, but far better known as SACS, the Cape Town outfit will take on local team St Andrew’s College in the day’s third last game and it should be a thriller between two schools with long and proud traditions in the sport.

The class of 2019, however, will have their sights firmly fixed on the challenge posed by the Grahamstown outfit, whose emphasis on running rugby should capture the visitors’ attention from the outset.

SACS coach Nick Maurer was in no doubt about the test which awaited them.

“St Andrew’s are a highly respected rugby school, renowned for their fight, fitness and skill levels,” he said. “We are expecting a very tough battle.”

He added that touring was a big priority for SACS players and they were looking forward to making their debut in fresh surroundings.

“We have heard great things abou tthe Graeme Rugby Day and we are excited to have been invited. We are also looking forward to enjoying the legendary Eastern Cape hospitality!”

The team will have the benefit of their headmaster’s knowledge of rugby in the region, with former Queen’s College principal Brendan Grant having coached the Grey High first team, as well as being deputy headmaster at Graeme for several years.

Maurer said they would be bringing a relatively inexperienced squad to Grahamstown.

“We have a few players who have some with first team experience from last year, but none who played more than 66% of the games,” he said.

“So we are quite an inexperienced squad, but we have many Grade 12s who are keen to prove a point and also some exciting youngsters coming in from last year’s U16 division.”

He said their preparations were on track and they were as ready as they could be for the 2019 season.

“We have just concluded another comprehensive pre-season,” said Maurer, “and are content that we could not have done more to prepare the boys for the 2019 campaign.”