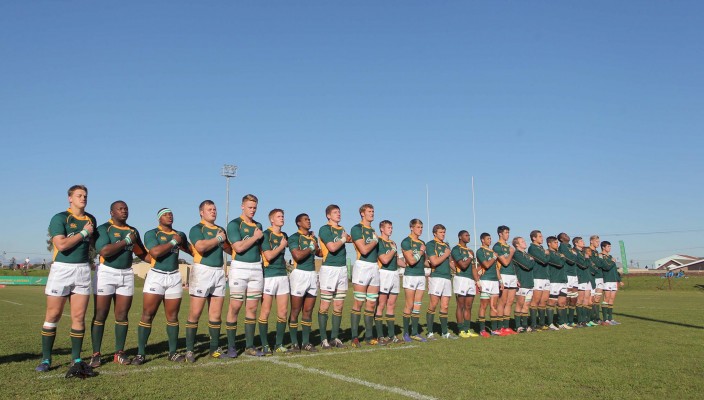 Salmaan Moerat, captain of the DHL Western Province U18 Coca-Cola Craven Week side, will lead the SA Schools team in the U19 International Series in August, while Enrista Blue Bulls centre Louritz Van der Schyff has been selected to lead the SA Schools A team.

The SA Schools and SA Schools A teams will take on their counterparts from England, Wales, France and Italy from 12 to 20 August in Cape Town and Paarl, with the teams set to battle it out in three rounds of matches.

The squads, which consist of 26 players each and are sponsored by Coca-Cola, were selected by a panel of national and SA Schools selectors following the conclusion of the Under-18 Coca-Cola Craven and Academy Weeks in Durban.

Moerat, who led DHL Western Province to a 27-20 victory against the Bidvest Golden Lions in the final match of the Coca-Cola Craven Week last Saturday, is one of seven players in the SA Schools squad that featured in the tournament last season, while Enrista Blue Bulls fullback Abner van Reenen retains his place in the SA Schools A team.

The coaching staff and management teams of the SA Schools and SA Schools A teams, meanwhile, will be named in due course.

The first round of matches in the U19 International Series will be hosted at City Park in Crawford, Cape Town, on Friday 12 August. Then follows the second round of matches, at the fields of the Diocesan College (Bishops) in Rondebosch, on Tuesday 16 August, while the final round of action will take place at the fields of Paarl Boys’ High on Saturday, 20 August.

The two SA Schools squads will assemble at Newlands in Cape Town on Sunday, 7 August and will begin their on-field preparations for the tournament the following day.

SA Schools A (in alphabetical order):